Senior Voices – 50 YEARS AGO: THE SETTLEMENT

I started my first piano and organ store in Naperville in 1967. Dutch Beidelman was building a new store at 7 W. Jackson. My store was on the west side of his furniture store, connected to his building. It was 700 sq. ft. I had two teaching studies; plus an office, and retail space in that small space. Pianos and organs take a lot of space. I needed more teaching studios, so after two years, I began searching for a larger location.

In 1969 the Episcopal Church was going to be sold or torn down. I looked at it and thought that entire corner could become a Fine Art Center. Behind the church was a 2-story brick building used for Sunday school classes. The minister’s parish house was on the corner. I envisioned a total cultural arts center corner.

I spoke with the different art groups in town to see if they could use the corner for a home. The Art League, Summer Place, dance teachers and all were excited at the prospect of having a permanent home and having the different arts groups together. The whole corner was going to be a true cultural arts center. How many of you remember when Summer Place was meeting in a tent on the campus of North Central College and one time a big storm, with lots of wind and rain, blew the whole tent down?

This fine art center was going to be an exciting addition to Naperville. I inquired about the cost to purchase the building. I also had an inspector look at the property and remember one expense needed was to reinforce the floor of the church. I decided I could afford it, barely. I wish I could recall the price. I was a widow with very little money, so it must have been low.

My attorney, Keith Roberts, and I attended a vestry meeting and told them my plans for the church property and the price we offered. They were very interested and asked us if we would excuse ourselves from the room so they could have a discussion. Keith and I waited in another room while they talked.

After about a half hour, they called us into the room. They stood up, shook my hand, and congratulated me. I had bought a church!

People in Naperville were thrilled the church was not going to be torn down. Different merchant friends in town said they would help me with remodeling, painting, etc. They, too, were all excited about the project. We all had a good time envisioning the art center.

However, the one caveat for the purchase was that the property would have to be rezoned to allow for retail as I planned to sell pianos and organs. The plan also included the possibility of selling dance and music lessons, art paintings, theatre tickets, etc. Weeks later, the City opted not to permit retail zoning.

My dream was not realized.

My philosophy through life has been, when one door closes, another better one is going to open. Sometimes I have wondered how long it was going to be before another door opened.

But look what happened. I vividly recall the day Janie Sindt burst into my store and exploded, “Bev, we are saving the church!”

Jane was a bombastic person. Janie had started a grass roots effort and formed a group known as the Heritage Society to fundraise for the cost of moving the church to the Settlement. Janie appeared, in her dramatic manner, many times before the City Council and some nick-named it the “hysterical society.”

Editor’s Note – Jane Sindt (1897-1995) / In addition to serving as the first leader of the Heritage Society from 1969 to 1976, Sindt also started the Farmers Market at Fifth Avenue Station. The Sindt family home was nestled among the trees in what is now Sindt Woods with its winding trails. By agreement, the land became the property of the Naperville Park District. Today the NPD maintenance facility is there. Stroll that section on the west end of the Riverwalk and recognize Sindt’s dedication to the community she adopted in 1957.

The day they moved the church down the hill to the Settlement was quite a day. Lots of people in town came to watch it slowly inch down the Jefferson hill. It was quite a feat. The City had to cut down overhead electric lines to make way.

So here I was, still in my 700 sq. ft. store. But one year later, in 1970, I bought Charlie Burgess’ Standard Oil gas station, now Jimmy’s Grill. And that’s another interesting story.

I was right. A better door opened for both the church and me. I can’t think of anything more perfect for Naperville than where the church is today.

Chuckle Time: Three may keep a secret if two of them are dead. 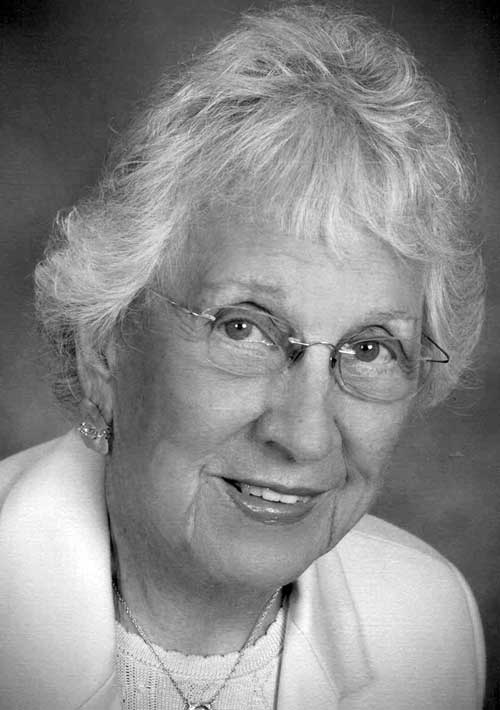 Bev Patterson Frierhttp://napervill.il.us
Bev Patterson Frier was co-founder of the Senior Task Force with Karen Courney. Their efforts led to RAN, Ride Assist Naperville. Bev hails from Anderson, Ind., but the dedicated arts enthusiast boasts that Naperville is her family.