Equal Fun for Everyone – Naperville Park District and WDSRA

To understand the history of Western DuPage Special Recreation Association (WDSRA) is to appreciate its long and happy relationship with the Naperville Park District.

Think back to the early 1970s. It was a time of great awakening in this country. Locally, the Naperville Park District was recognizing the need to better serve those with special needs. In 1971, a new and innovative program was offered for children with intellectual disabilities – a six-week day camp held in the log building at Centennial Park. Over the next few years, programs for individuals with disabilities were added, but demand exceeded funding.

Meanwhile, down in Springfield, our legislators were busy at work on behalf of our park districts and those with special needs. Soon, after a series of legislative bills were passed, Illinois park districts were able to join together to form cooperative agreements and receive funding to better serve the recreational needs of those with disabilities.

In 1976, the following park districts came together to create WDSRA: Naperville, Glen Ellyn, Wheaton, and West Chicago. Today, WDSRA serves a total of nine communities in western DuPage County. Due to the size of its population, Naperville remains the largest benefactor of WDSRA’s services. 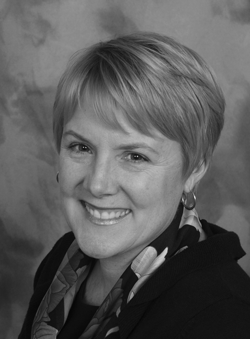 Terri Gregoryhttp://www.wdsra.com
Terri Gregory is Community Relations Supervisor for Western DuPage Special Recreation Association. WDSRA offers recreational opportunities for adults and children with special needs through programs and inclusion services. WDSRA is a cooperative extension of nine park districts. Almost 30 percent of WDSRA’s participants are from Naperville. Contact her at WDSRA via (630) 681-0962 or terrig@wdsra.com.