Off the Shelf — Naperville reads again

Naperville Reads has announced the 2013 book selections at Napervillereads.com. “Wonder” by R.J. Palacio was chosen as the children’s book selection. Auggie Pullman, the young boy in Wonder, is enrolled in school after being home schooled through fourth grade. Born with facial deformities that require numerous surgeries, Auggie struggles with being accepted for whom he is and not for what he looks like. Not just a story of a child with a deformity learning to fit in, though, “Wonder” shows a community learning to accept someone who is different.

One review written about the book references a couple of lines from one of my favorite stories, “The Little Prince” by Antoine de Saint-Exupery.

“It is only with one’s heart that one can see clearly. What is essential is invisible to the eye.” “Wonder’s” author R.J. Palacio is scheduled to come to town in February 2013.

The Naperville Reads adult book selection is the award winning “Running the Rift” by Naomi Benaron. Awarded the 2010 PEN/Bellwether Prize for Socially Engaged Fiction, “Running the Rift” tells the story of Jean Patrick Nkuba’s dream to compete in the Olympics for his country Rwanda.

Born Tutsi in the later 1900s, Jean Patrick lives during a time of increasing violence between the Tutsi and Hutu groups; the 1990 civil war, President Habyarimana’s assassination, and the horrific 1994 genocide of Tutsi.

Just by researching this Naperville Reads title, I feel I have learned so much more about the country of Rwanda. I look forward to reading the book and meeting the author Naomi Benaron in April when she is scheduled to visit Naperville. 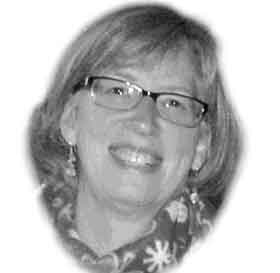 Mary Corrigan
Mary Corrigan is a Naperville resident, wife, mother of five, and acknowledged bookaholic. Contact her at mary_corrigan@sbcglobal.net.