Movies about finding connections in unlikely places inspire me, and it is even more inspiring when the film is set at a movie theater. In Empire of Light, directed by Sam Mendes, the main setting is a movie theater in the United Kingdom. This setting took me back to my days of working in movie theaters.

Tasks like making popcorn, taking tickets, selling concessions and cleaning the auditoriums reminded me of what cinema employees do to deliver fun cinema experiences.

Empire of Light takes place in the rough and racist times of the 1980s. The main character is Hilary (played by Olivia Colman). She is a manager of the cinema called the Empire. She struggles with mental health and has problems with her boss Donald (played by Colin Firth). She just wants to do her normal routines in her position as a cinema manager. Her life starts to find light when she meets Stephen (played by Michael Ward). He is a young Black American looking to navigate life and find a job. Hilary and Stephen form a friendship of love and empathy.

This film is brilliant, faithful and wonderful. What spoke to me the most was the love for movies. There is a moment where Hilary watches a movie alone in the Empire. The focus is on her. As the darkness of the empty auditorium surrounds her, and the footage from the projector rolls behind her, it is a moment of surreal cinema nostalgia. As Hilary watches the film she learns to absorb the joy and good in her life that she didn’t realize she had. Stephen is one of the good things that come into her life. But she also realizes that the movies offer more than what she has expected all her years working in a theater.

As the many joyful moments in Empire of Light turn into waves of positivity, the film will do more than enthrall its audience. It will also remind them how nostalgic and wonderful movies can be in cinemas today. The time frame of the film focuses on some absolutely classic movies ranging from Close Encounters of the Third Kind (1977), The Blues Brothers (1980), and Chariots of Fire(1981)—all wonderful memories for cinema enthusiasts.

Everything in Empire of Light matters to me. I was reminded that some cinemas changed ownership and got rid of the nostalgic fun, but others were sold and kept the nostalgic cinema experience. Empire of Light made me realize there will always be theaters that offer the classics to help us cinema lovers experience films we have never watched or want to watch once more.

With all the cinema magic in Empire of Light, the film is ultimately about embracing the great things in life. Hilary is not big on the life she has, and neither is Stephen. But Stephen and Hilary fund each other through the Empire. The Empire changes their lives. The performances by Colman and Ward are dazzling and emotional, and the film is monumental in its landscape of love and its appreciation of cinema.

Four stars for Empire of Light. 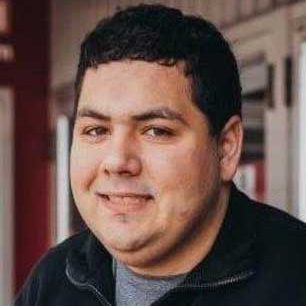