Naperville Chorus celebrates the most wonderful time of the year by “Swingin’ into Christmas with The Pete Ellman Big Band.” The concert, featuring jazz and traditional arrangements of Christmas favorites, brings a fresh approach to familiar carols. Songs like “It Came Upon a Midnight Clear,” “White Christmas,” and “Rockin’ Around the Christmas Tree” just may be presented in a way you’ve never heard before. The program also includes an interactive session where audience members can demonstrate their vocal talents in a sing-along.

“Swingin’ into Christmas” marks Music Director Jeordano Martinez’s final appearance as maestro after serving Naperville Chorus for 35 years. In the late 80s, Martinez accepted the leadership role while he was a professor of music at North Central College. Throughout his tenure, Martinez worked to create a musical link between community singers, college students, and the college itself. The chorus grew from 30 members to over 100, expanded its repertoire, and performed in Central Europe, Spain, Portugal, and Ireland.

Martinez admits the experience will be bittersweet, but feels it’s time to step down.
“Naperville Chorus is a wonderful group of people of all ages and backgrounds,” Martinez said. “These members have become my best friends, and while it will be sad to leave, I look forward to maintaining the relationships I’ve established.”

A new director will take the helm in January and, confident with his successor, Martinez said he will not remain active in the organization. Instead, he will stay out of the way and make room for the next generation but will be only a phone call away if the need arises.

A farewell party is planned for Martinez after Saturday’s concert. Due to size restrictions, the gathering is by invitation only. As Naperville Chorus bids adieu to its devoted conductor, it will remember him for his many years of dedicated service.

Margaret Jonah, chair of the grants committee, said, “In all that Pete (as Martinez is known by his friends) does, we see his enthusiasm, passion for music, personal warmth, and sense of humor. He has been a wonderful teacher and director to the chorus.”

Friday night’s performance is held in partnership with Naperville Toys for Tots. Attendees are encouraged to donate a new, unwrapped gift. 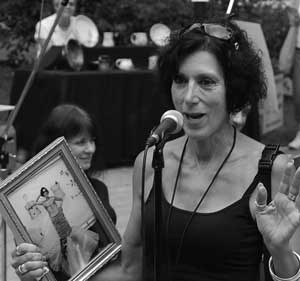