Thanksgiving 1985 was my first Thanksgiving spent away from family. I had recently completed my last phase of flight training at NAS North Island, San Diego. I had orders in hand to depart via commercial flight to Hong Kong on Black Friday, where I would board the USS MIDWAY (CV-41) on November 30 and join my new squadron. My wife and one-year-old daughter had relocated back to Naperville, and would join me in Atsugi, Japan, the following April.

I ventured out of my quarters and started to walk to the Officers’ Club, thinking they might be serving turkey with all the trimmings. But in one of those small-world coincidences, I ran into Ted Lakes, a Marine helo pilot that I knew from flight school in Pensacola. He was shipping out to Okinawa the next day, and his family was also back home. So we decided to celebrate Thanksgiving, and our last night in the States, together.

At the front gate we grabbed a cab and asked to be taken someplace that was still open. Back then San Diego was just beginning its renaissance and still had some pretty sketchy areas. The driver dropped us at a joint that looked like a bar that might serve food. Inside, through the thick smoke and low lighting, our eyes took a minute to adjust. We sidled up to the bar and ordered a couple of beers. Thumping music began to play and a stage lit up with a scantily dressed young lady gyrating a few feet from the bar. Admittedly, we were both very junior officers, and still wet behind the ears, but not so green that we didn’t realize immediately we were in what is now euphemistically referred to as a Gentleman’s Club!

We laughed, quickly downed our beers and paid our tab while the bouncer eyed us suspiciously. Out on the curb, hailing another cab, we joked about how special our Thanksgiving had been.

Back on base, we picked up some beer and sat on lawn chairs looking out over the Pacific. We talked about adventures that might lay before us in our burgeoning military careers. We toasted our families, our country, the Marine Corps and the Navy.

A few days later I was “haze grey and underway.” It would be another 30 years before Ted and I reconnected.

A lot of Thanksgivings and things to be thankful for had taken place in those 30 years. Life is good. 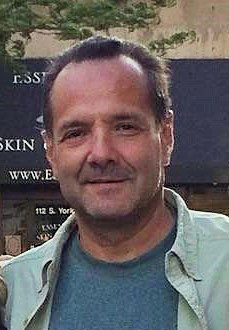