The second annual Naperville Hispanic Heritage Festival, held recently in Central Park, and hosted by the Sister Cities Commission, brought unique food from all over the world. Tastes included traditional favorites from tacos and tamales to Mayan coffee, churros, and various flavors of flan. However, what I found most inspiring were the Peruvian flavors of SanguCHE, now open Wednesday through Sunday on N. Aurora Avenue.

Peru is an often overlooked country on the Pacific coast in South America. This country is one of the most biodiverse in the world. Its three key regions include the arid coastal region, Andes mountain range and the Amazon rainforest.

It also has a rich history dating back to the Caral, or Norte Chico civilization, in 3200 BC. Later on, the Inca civilization dominated the region. This advanced civilization is most known for the mountain citadel of Machu Picchu. In the 1500s, the Spanish Conquistadors gained control over most of South America and made Lima the capital of their empire. Their conquest and search for riches resulted in the slave trade of thousands of Africans, but was abolished in 1854. At that time, Chinese immigrants were recruited as cheap labor.

Peru’s diverse history means its food is just as diverse and has been ranked as one of the best culinary destinations in the world. According to www.theworlds50best.com/list/1-50, two restaurants in the capital city of Lima rank close to the top in the world and travel documentarian Anthony Bourdain once said Peru is, “One of the best food scenes in all of South America.”

If you are now interested in learning more but don’t want to travel south, visit SanguCHE (sangucherestaurant.com) in Naperville. Chef Cesar Chang brings Peru’s wonderful mix of flavors to his menu. The Chicharron sandwich is inspired by Peru’s African influence. This popular sandwich is made of tender, juicy pork belly, pickled onions, crisp sweet potatoes and a parsley, garlic mayo.

If you’re curious about the Chinese influence, try the Lomo Saltado sandwich. This steak sandwich is lightly seared in soy sauce with peppers on a toasted roll. Other traditional Peruvian options include crispy, fried yuca or Peru’s most notable dish—ceviche.
If you’re thirsty, be sure to try a Chicha Morada, a sweet drink made from purple corn, cinnamon, lemon and a hint of pineapple juice. Don’t let the purple color confuse you. It has an almost-milky flavor with mild hints of cinnamon and sweetness of pineapple.

Stop by their restaurant on N. Aurora Avenue, Wednesday through Sunday, for your passport to great food. 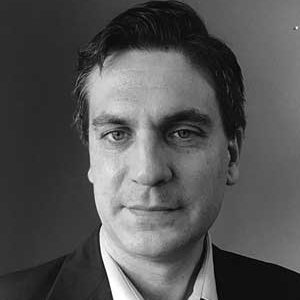