Naperville Gardener – Super Power of the Month…. ‘I Pay Tribute to our Armed Forces!’

Naperville is fortunate to be home to two Blue Star Memorial Markers. Yes, two! These markers take their name from the blue star in the Blue Star Banner, often displayed in homes with a family member who is serving in the Armed Forces.

At the end of World War II, the group now known as National Garden Clubs, Inc. was looking for a way to honor service men and women. They started by beautifying our highways and soon a Blue Star Memorial Highway system was outlined going both north to south and east to west. A marker was designed and many can be found throughout the country, along our highways and also now in national cemeteries and other civic locations.

Take a look at the Facebook Page, Blue Stars over Illinois, for lots of pictures of these markers. The Naperville Garden Club and Cress Creek Garden Club are members of National Garden Clubs, Inc. and participate in this project.

You also will see the recent rededication of one on June 14 near Rockford. This marker had been scheduled to be rededicated after being refurbished two years ago to celebrate its 50th anniversary. COVID delayed the celebration and perhaps it was an especially meaningful ceremony because we appreciated being able to be together to pay tribute to our Armed Forces.

The Naperville Garden Club sponsored a Marker in cooperation with the Naperville Park District and the City of Naperville. It is located in Burlington Square Park near the downtown train station.

Cress Creek Garden Club placed a marker at the VFW on Jackson Avenue in cooperation with the Naperville American Legion Post 43 and the Veterans of Foreign Wars Post 3873 and its Auxiliary.

Both Markers are in areas that are beautifully landscaped as a reminder for us all to remember those who help to keep us safe and free. Please stop by Naperville’s Blue Star Memorial Markers, look for others as you travel (150 have been placed in Illinois) and take a moment to pay tribute to all these special men and women.

One more thing… The Garden Clubs of Illinois, Inc., is sponsoring a Standard Flower Show, “Let’s Go to the Movies,” from noon to 4PM on Sat., Aug. 6; and from 10AM to 4PM on Sun., Aug. 7, in the Burnstein Hall at the Chicago Botanic Garden. Members from both the Naperville Garden Club and Cress Creek Garden Club are set to participate.

Admission to the Flower Show in Burnstein Hall is free with paid admission ($17.95 per non-Cook County residents) to the Chicago Botanic Garden, located at 1000 Cook Road in Glencoe.
Facebook
Twitter
Linkedin
Email
Print 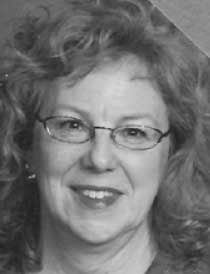 Marilyn Kruegerhttp://www.napervillegardenclub.org
Marilyn Krueger is an avid local gardener and member of the Naperville Garden Club.