“Go, Cardinals” were the unspoken words at 5:15AM Fri., Dec. 17, when the North Central College marching band, cheer and dance teams performed in advance of two buses departing for the NCAA Division III Football Championship in Canton, Ohio. The Cardinals aim to boost their number of titles to “41 National Championships.”

Tuesday evening North Central’s football Cardinals headed back to Ohio to Tom Benson Hall of Fame Stadium in Canton for the Stagg Bowl XLVIII to take on the Crusaders.

Afterward their performance and interviews, the band, pep team, fans and chaperones, many decked out in spirit wear provided by North Central College alumni, boarded two buses, prepared to depart for Canton at 6:45AM.

Arrival time is 4PM at Tom Benson Hall of Fame Stadium. The game begins at 6PM. The buses will return to Naperville late this evening.

Please note: Photos from early Dec. 17, 2021, are in no particular order. Click any photo to enlarge. The final photo is a Century Walk sculpture titled “College, Community and Country,” a tribute to football player and World War II veteran William Shatzer II. 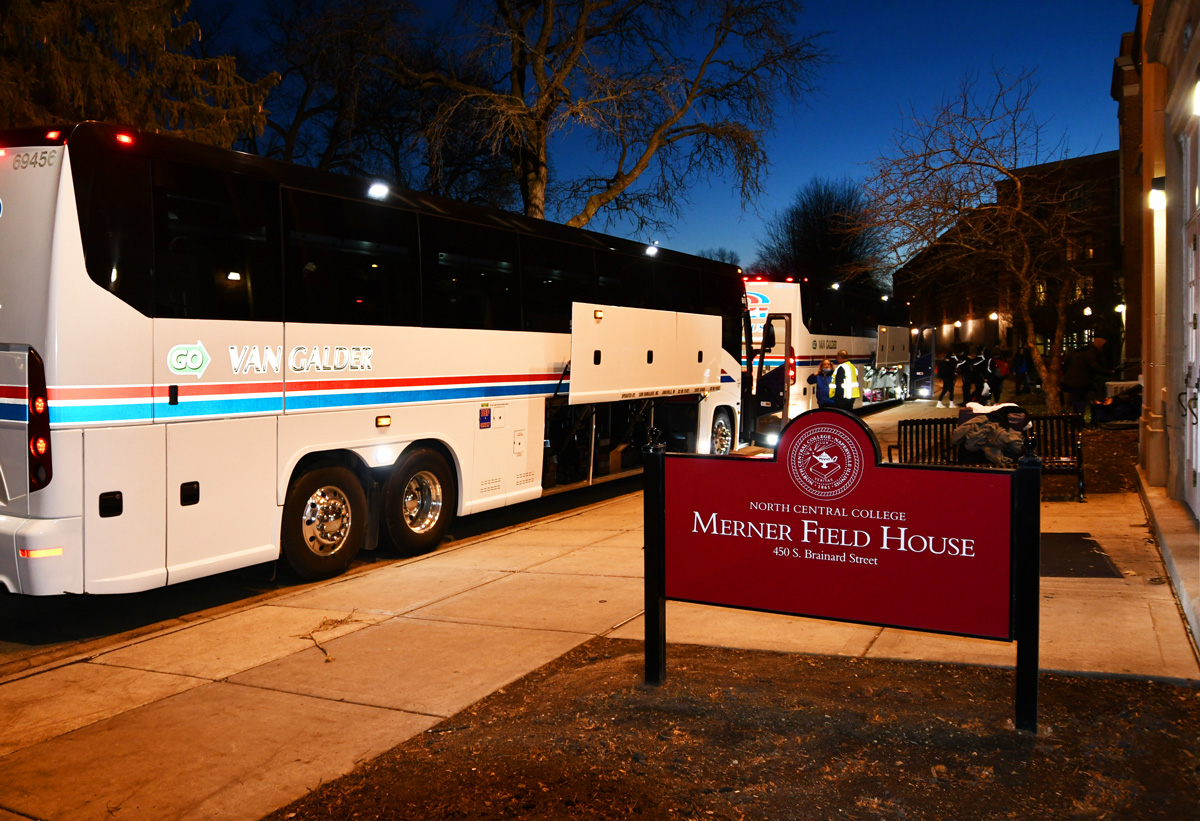 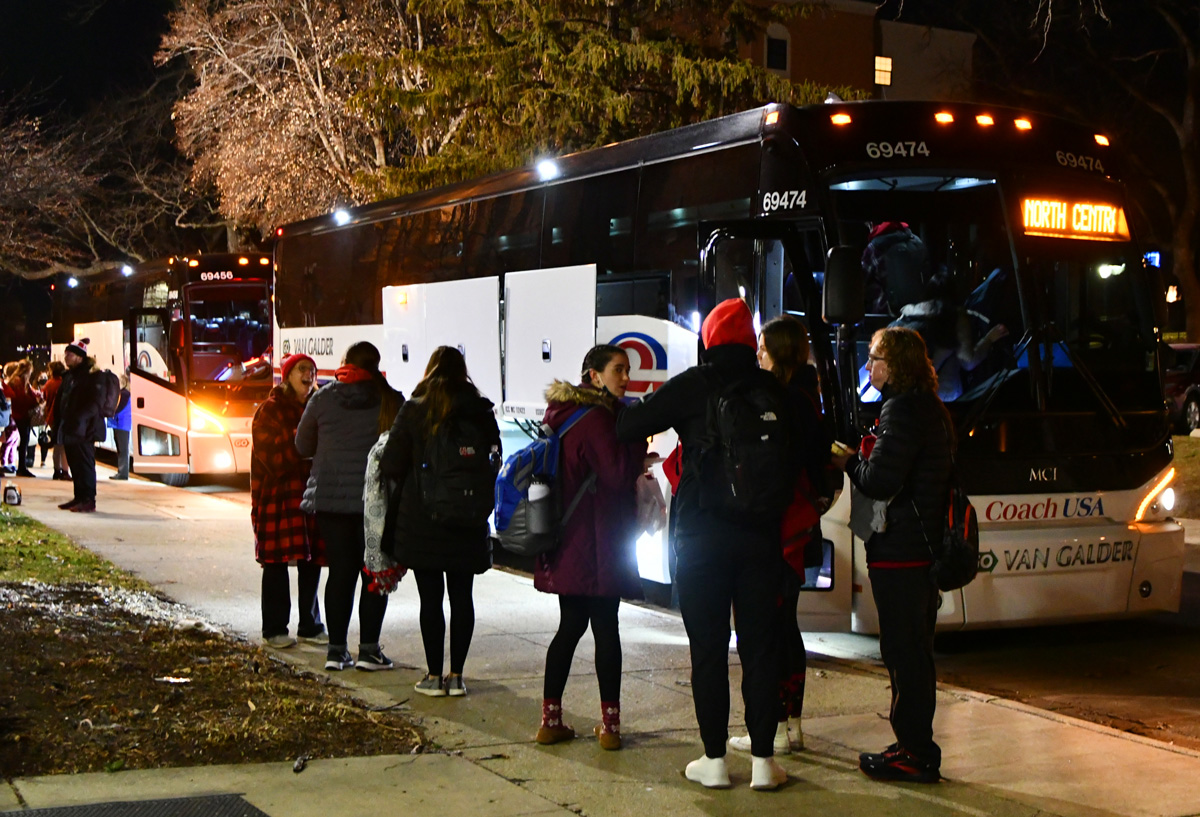 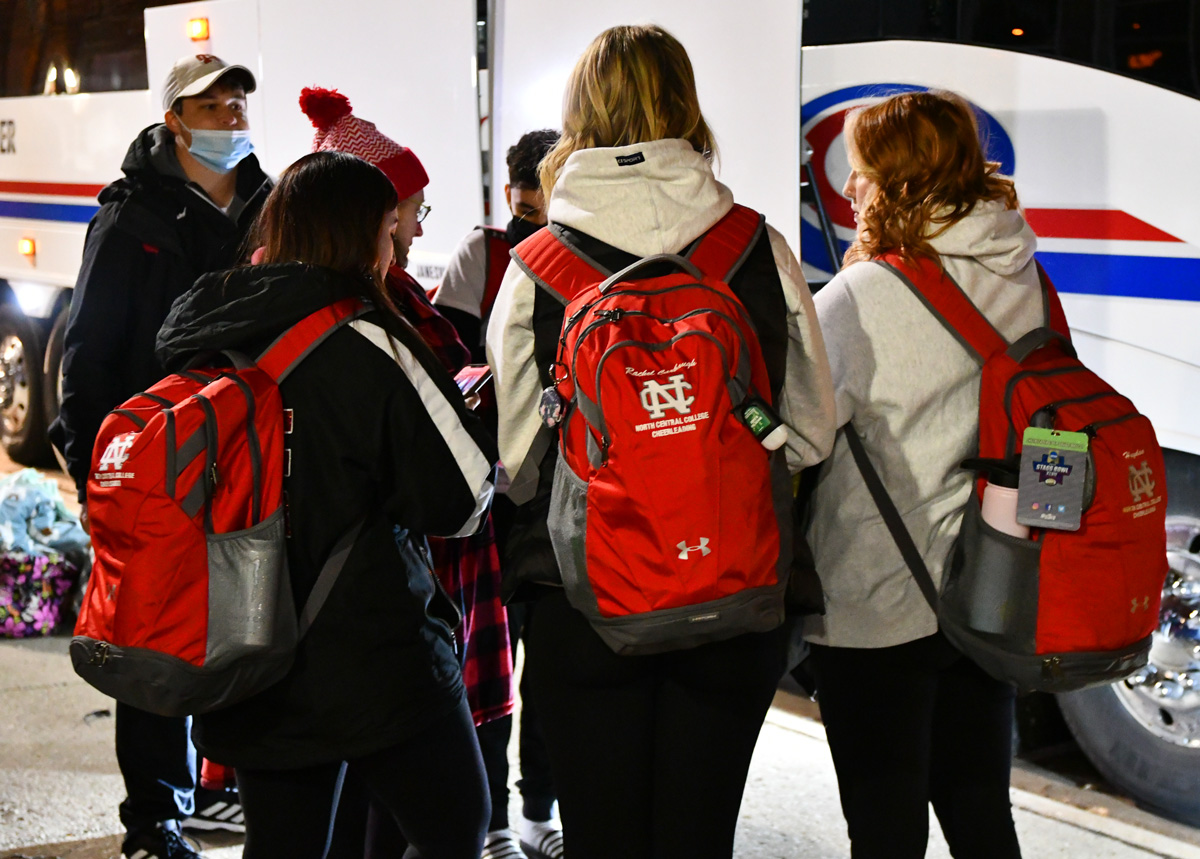 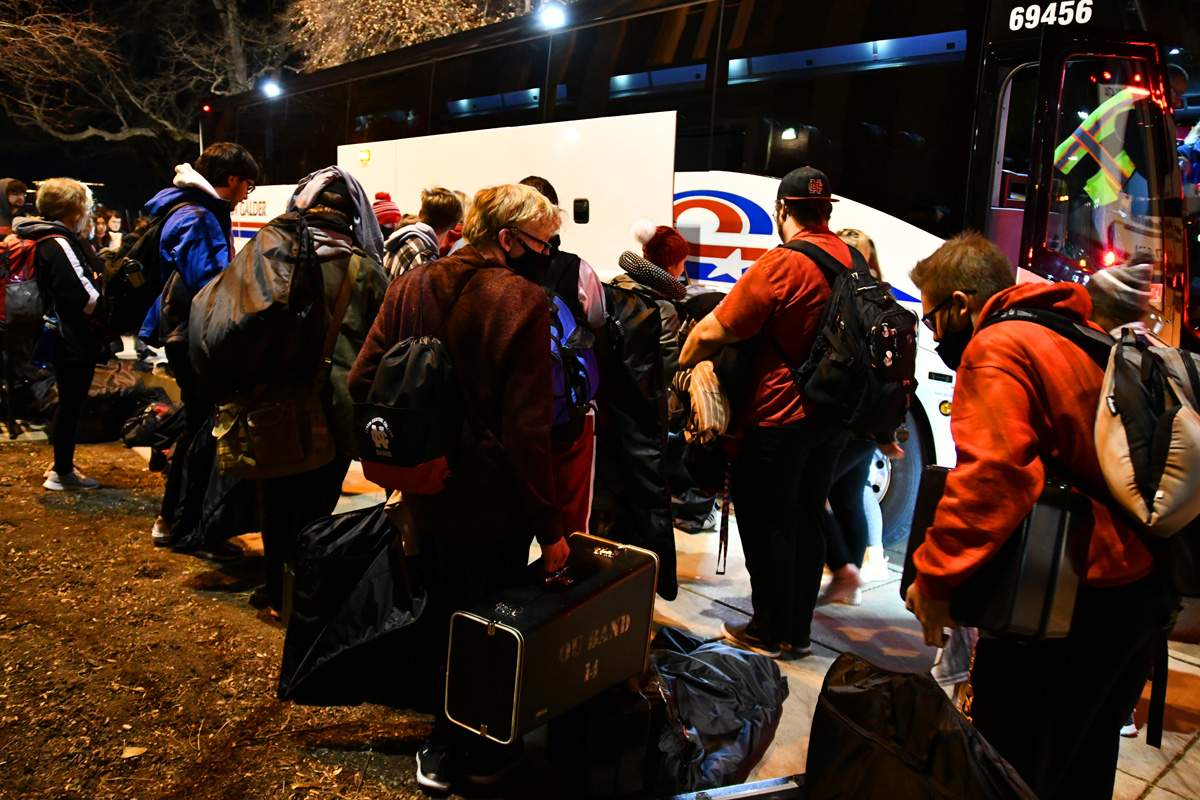 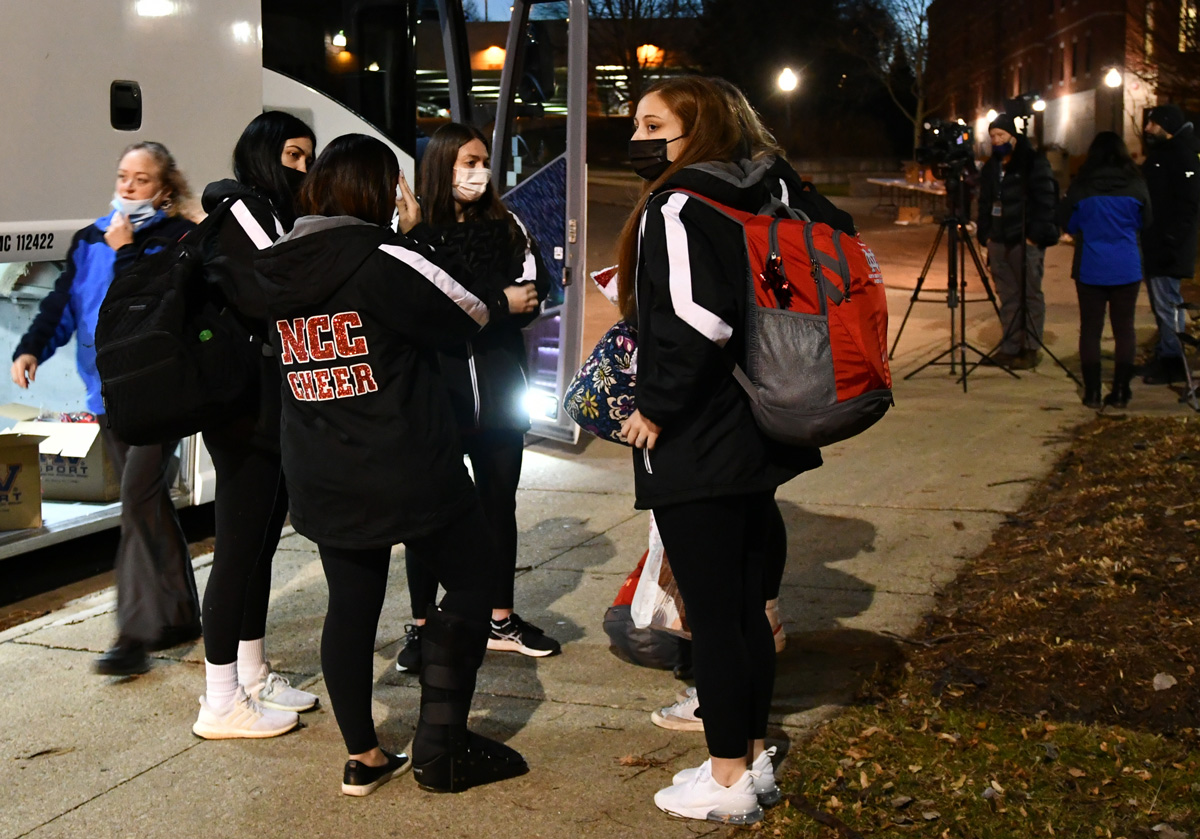 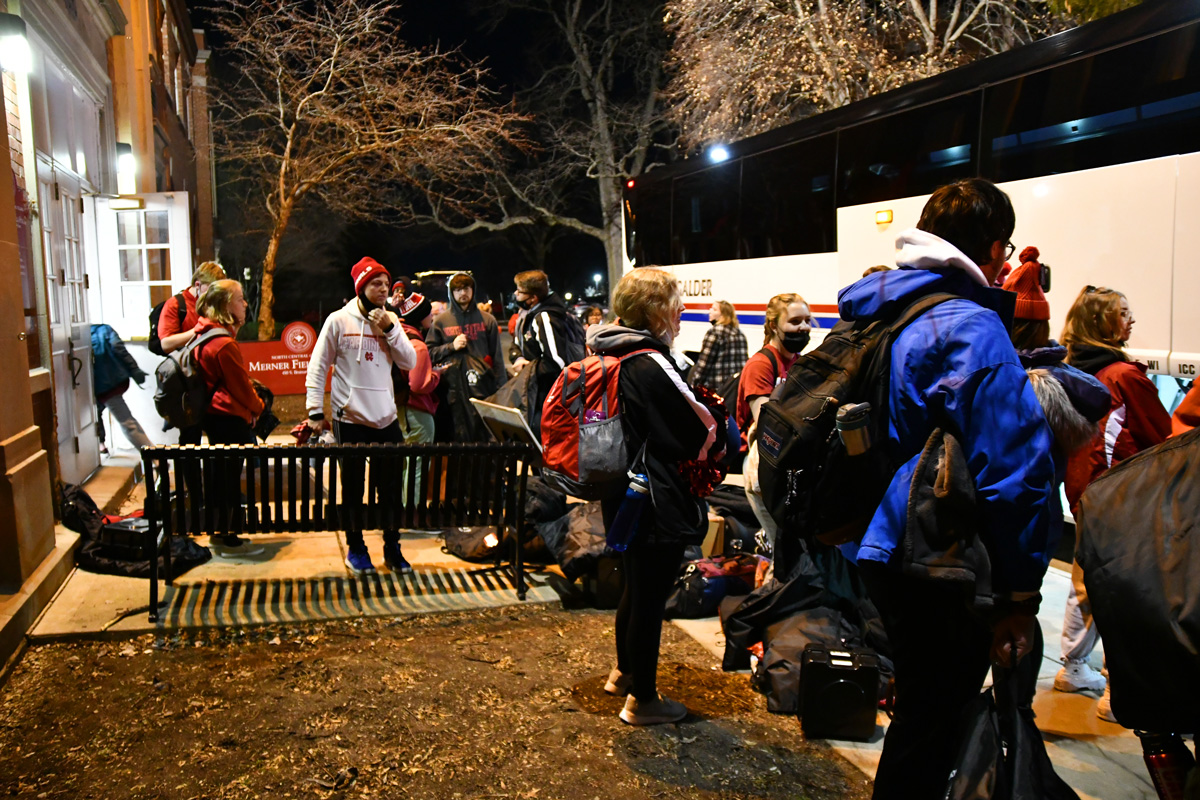 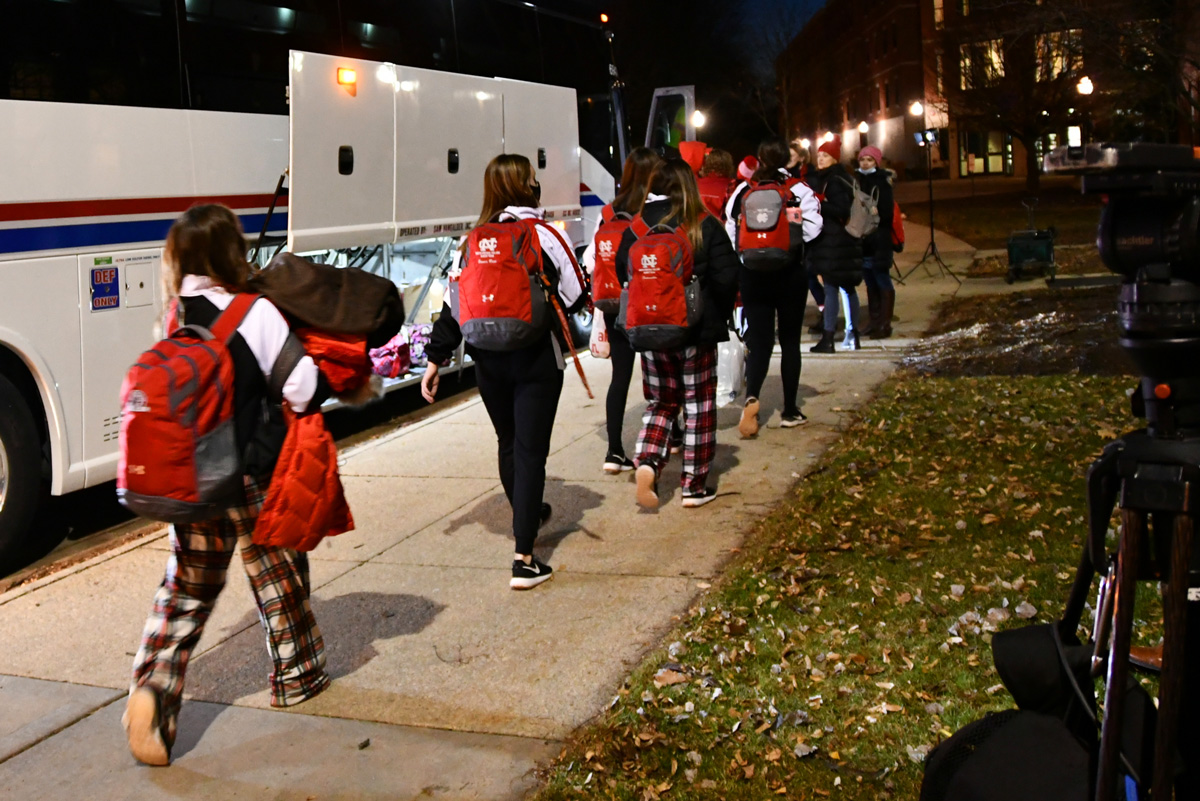 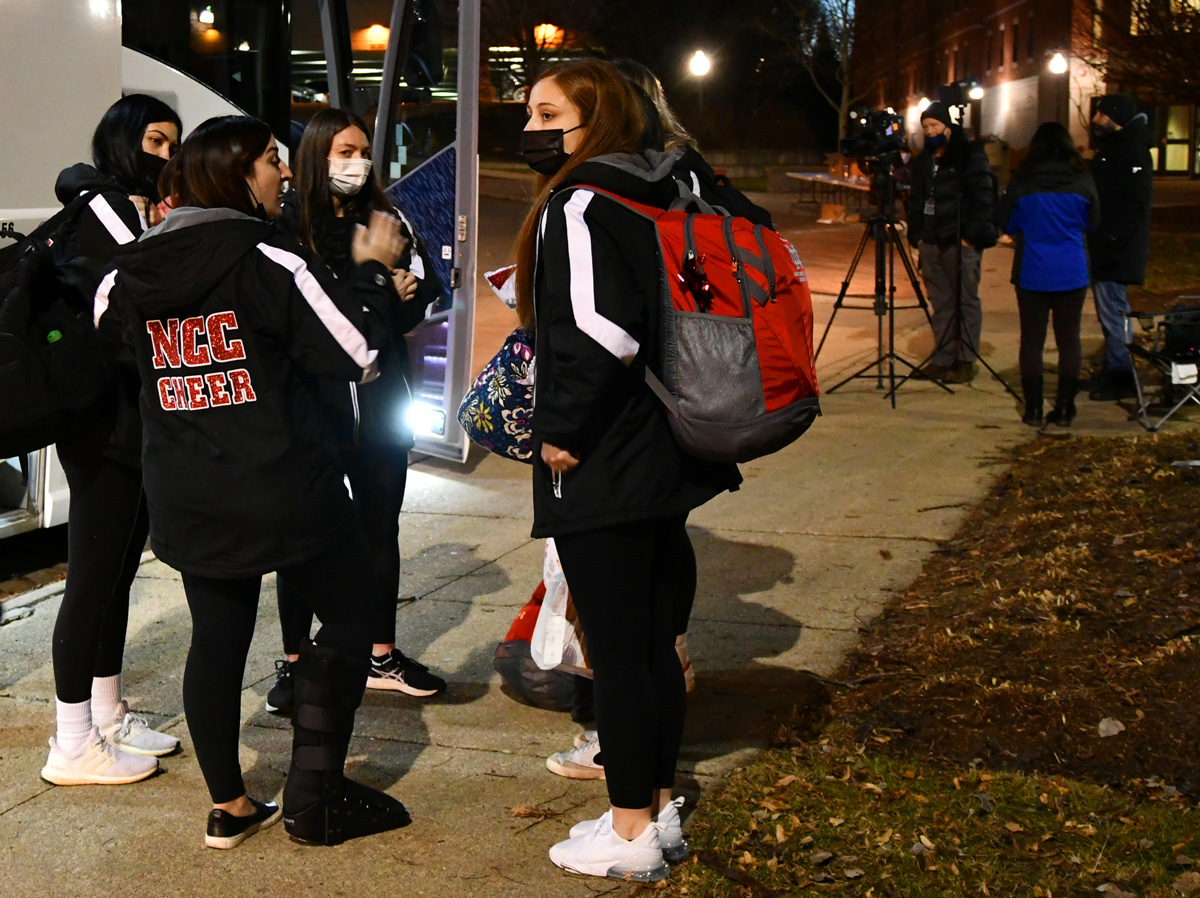 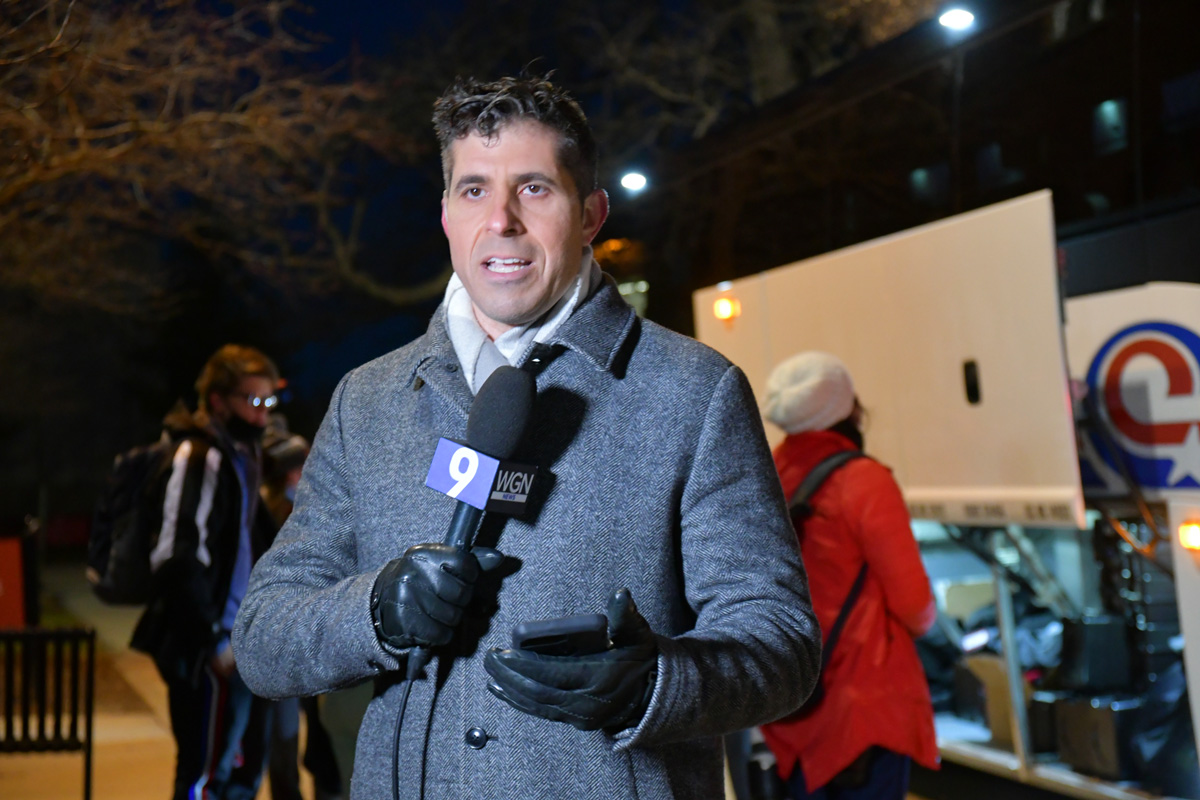 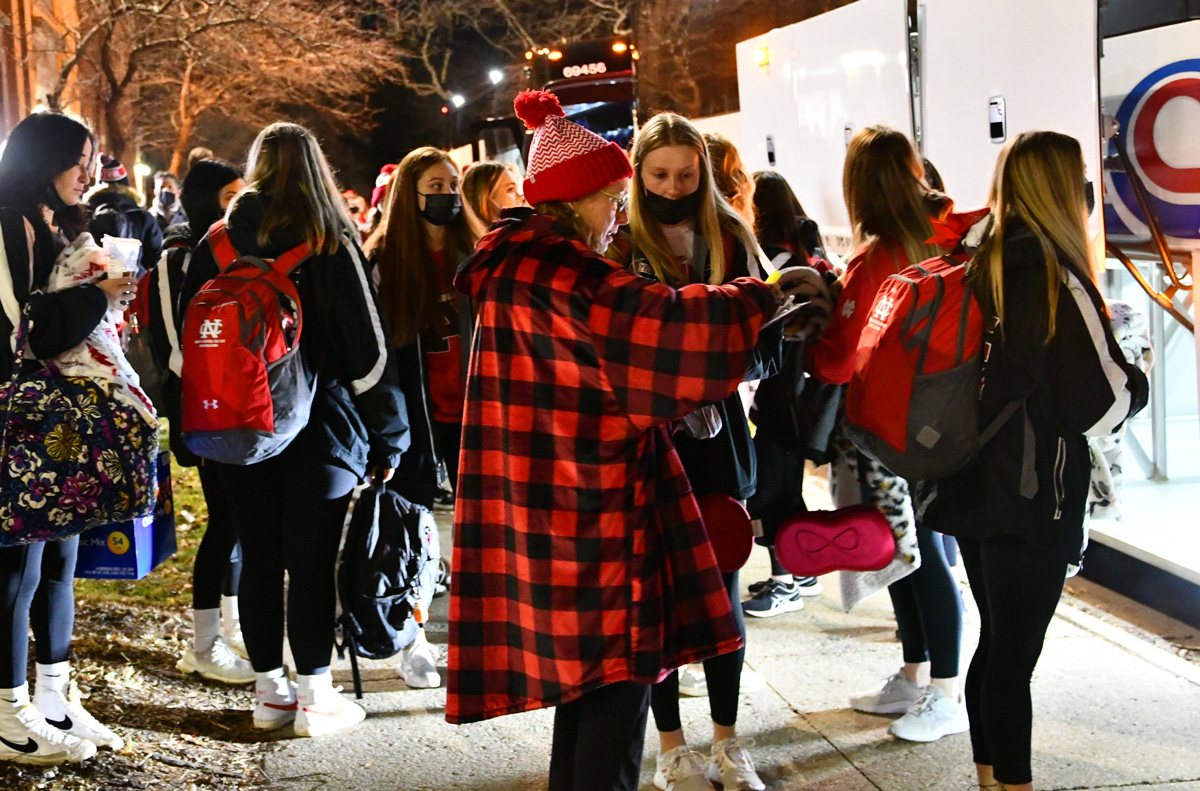 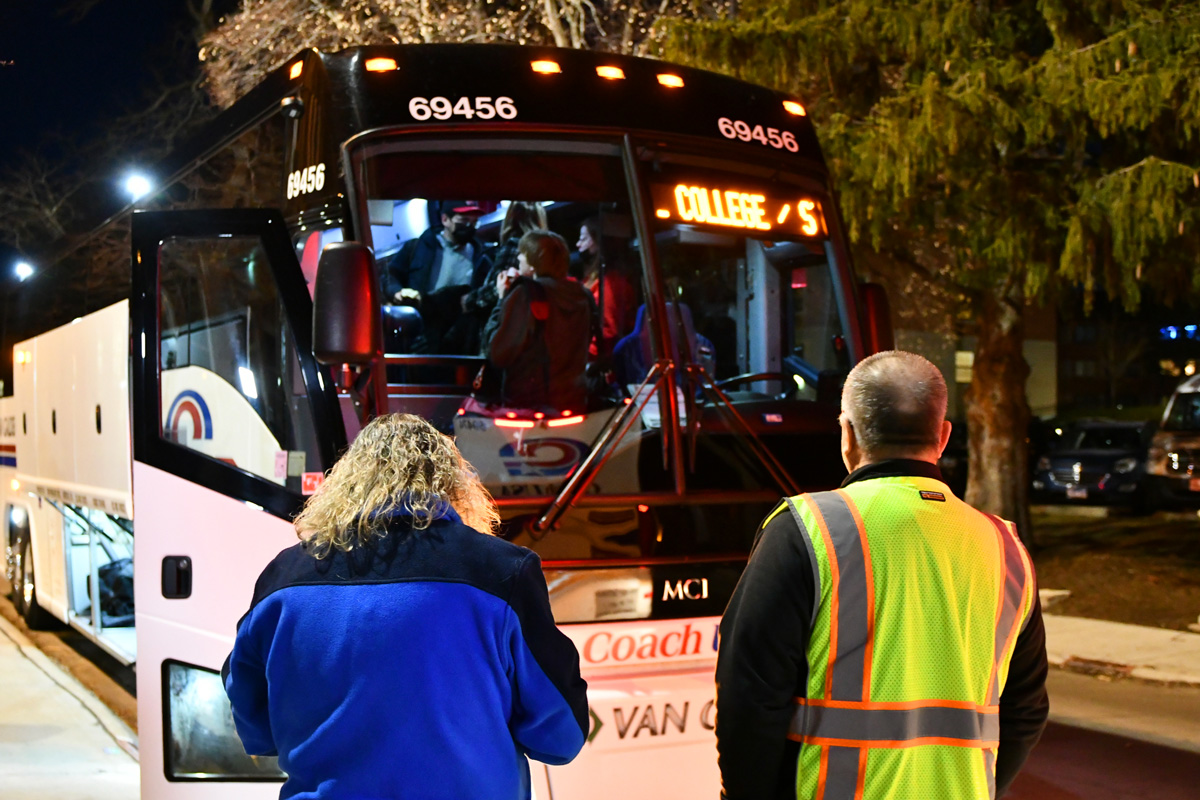 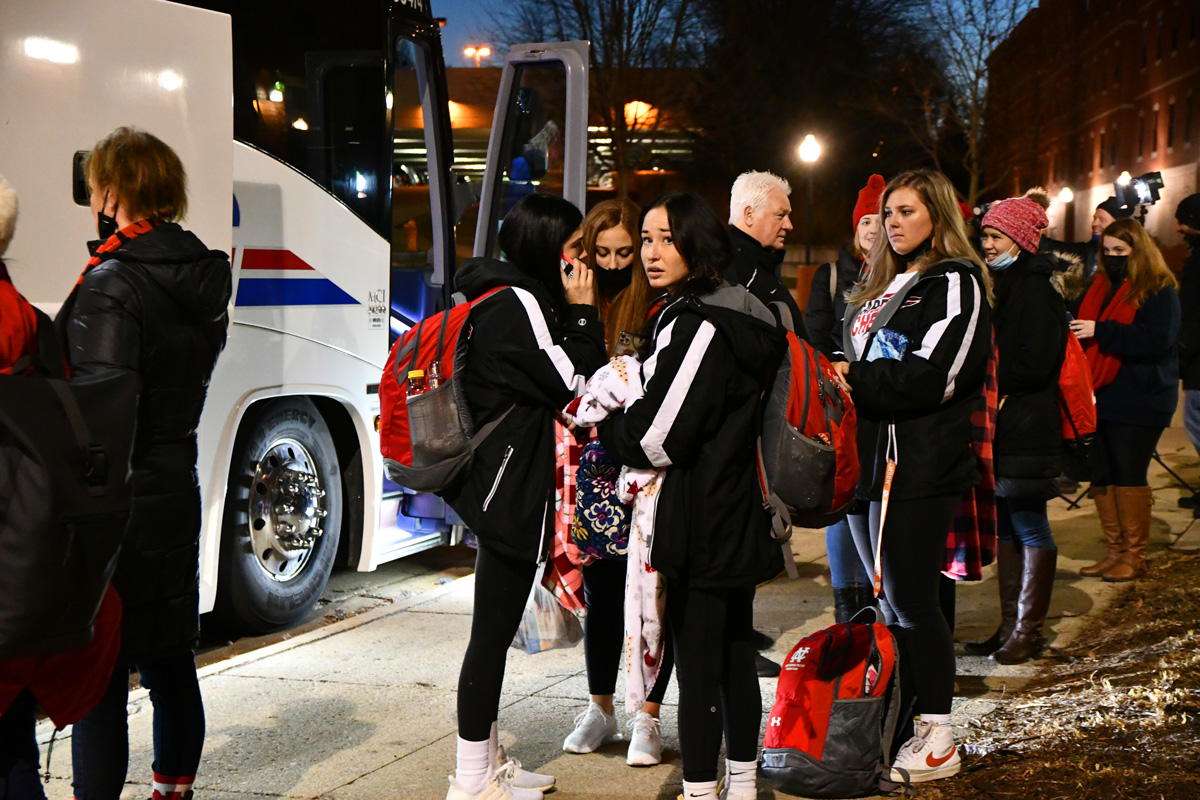 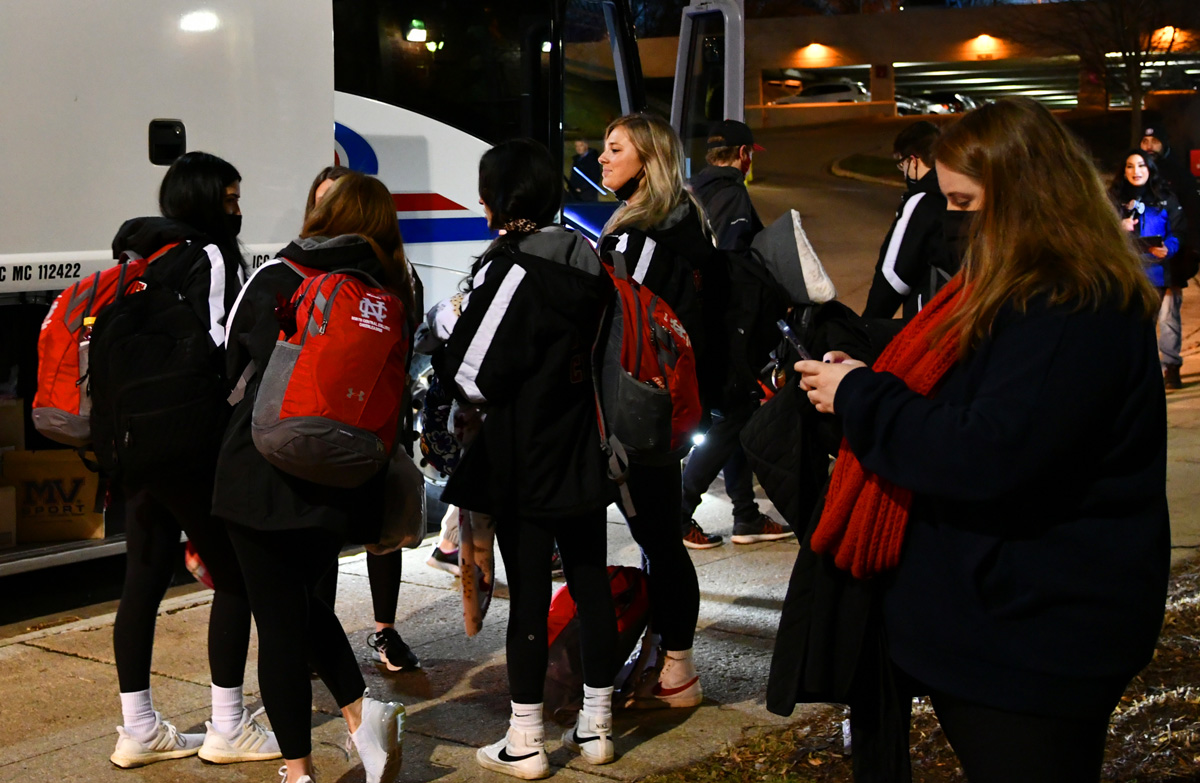 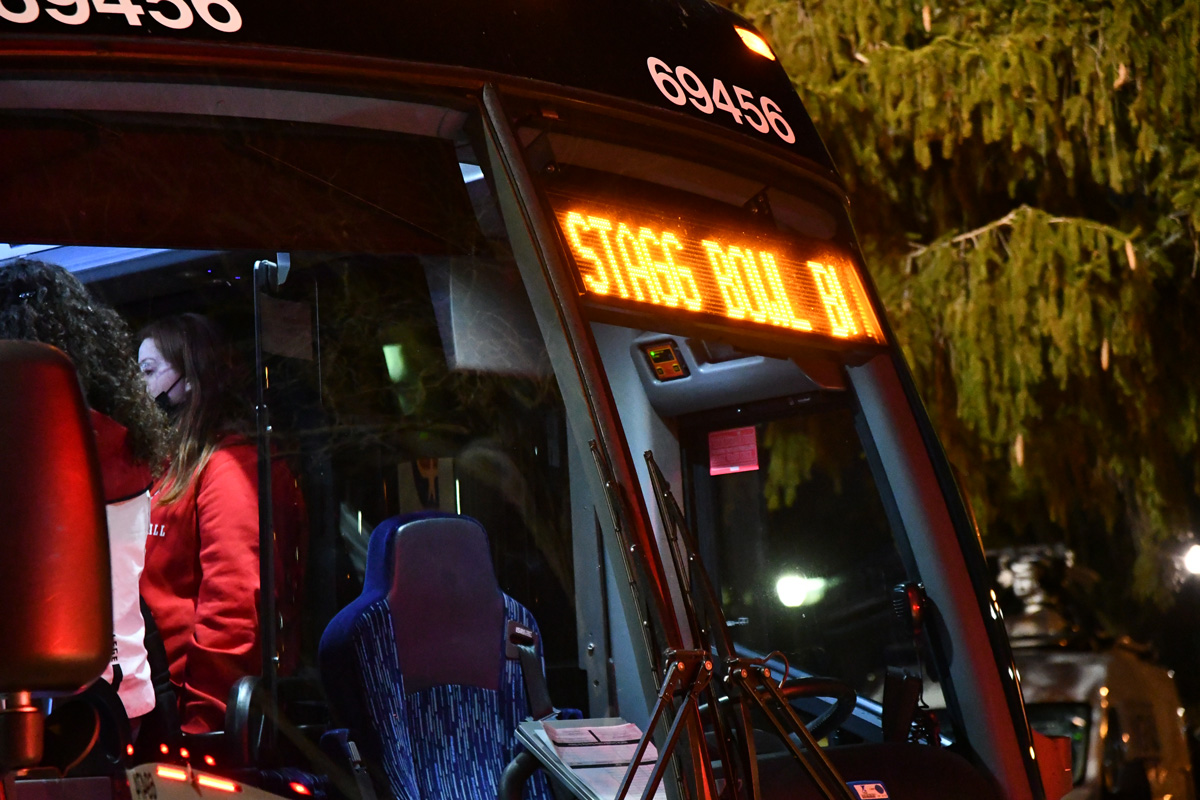 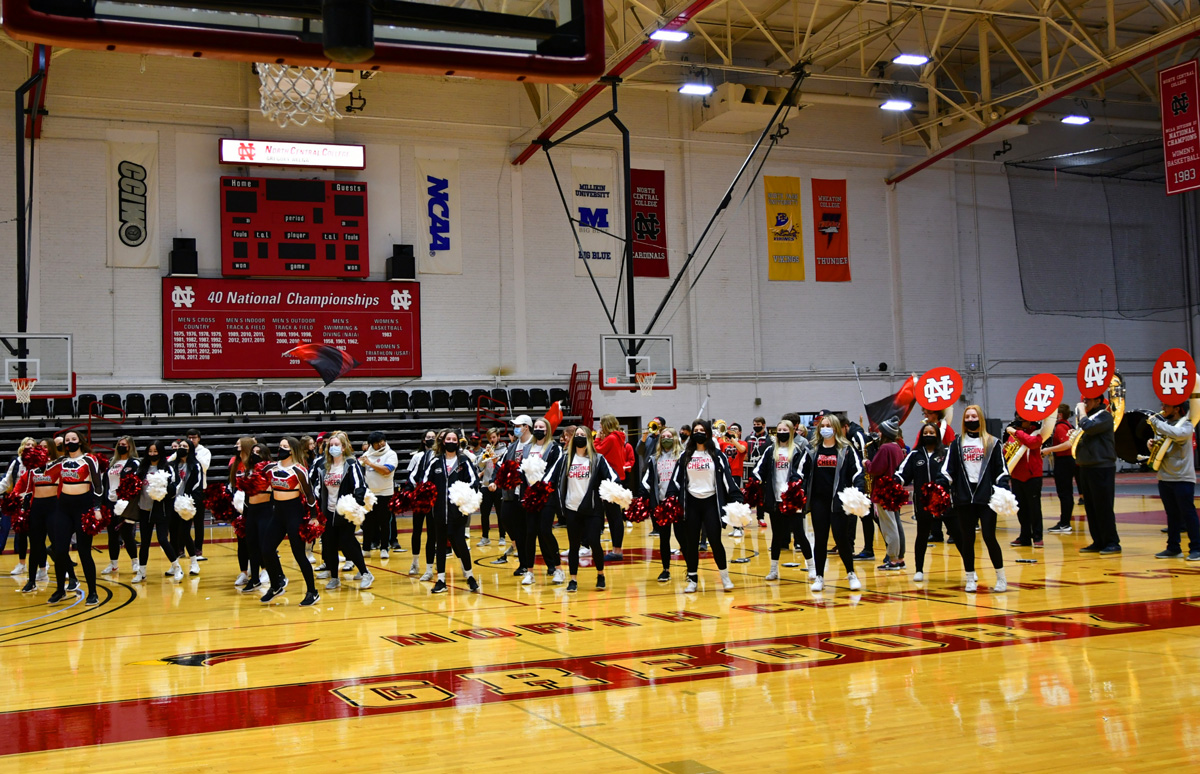 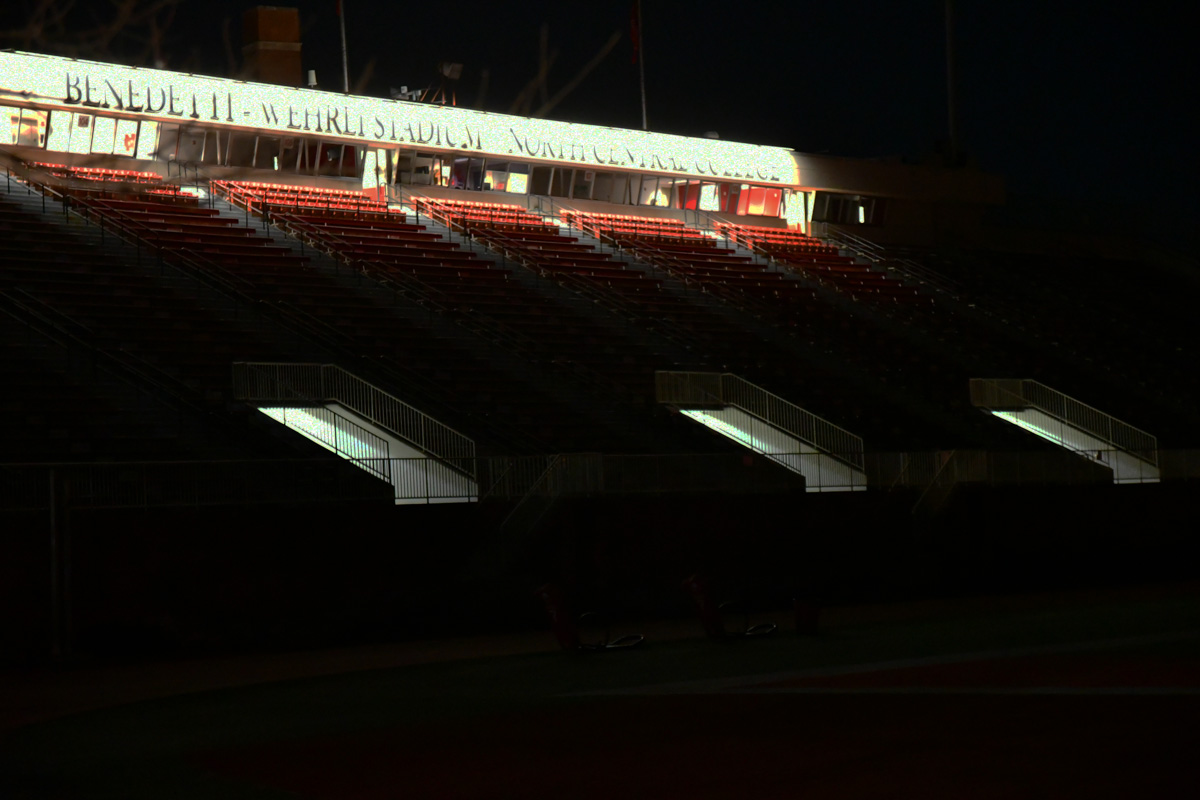 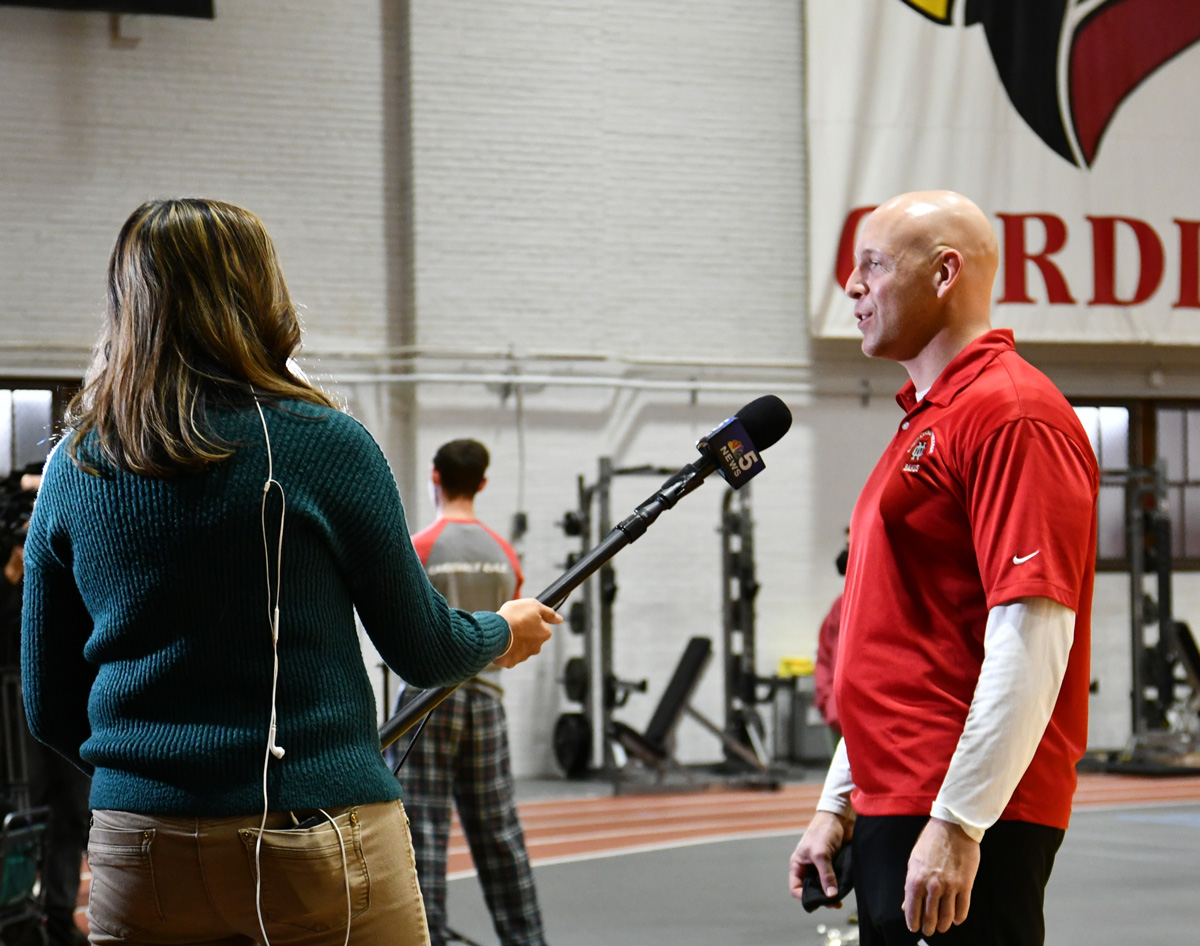 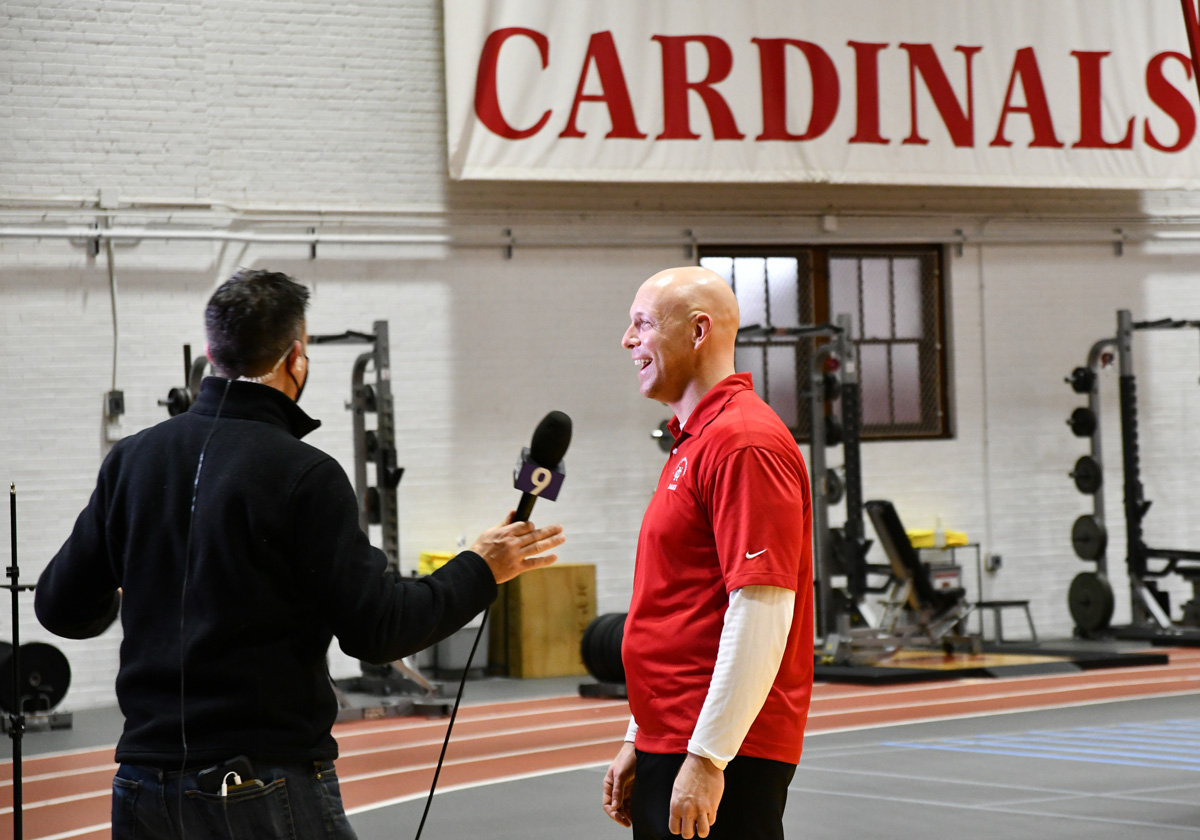 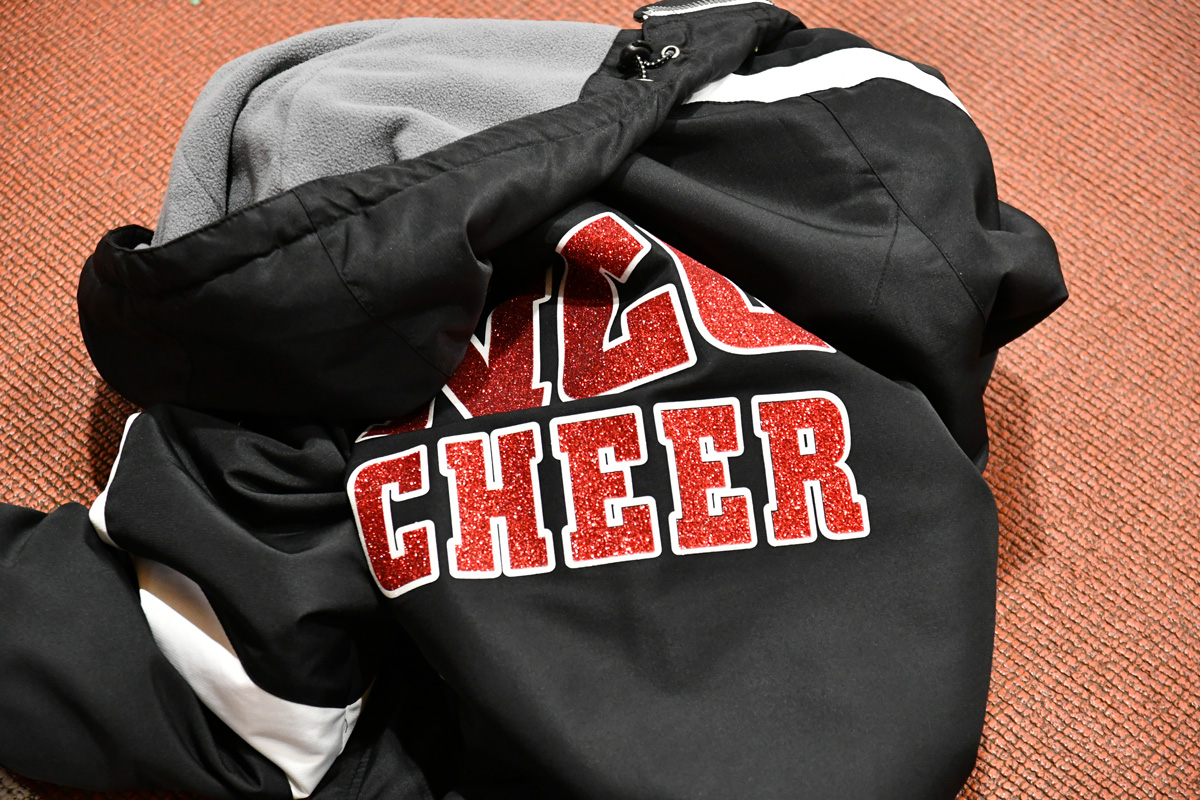 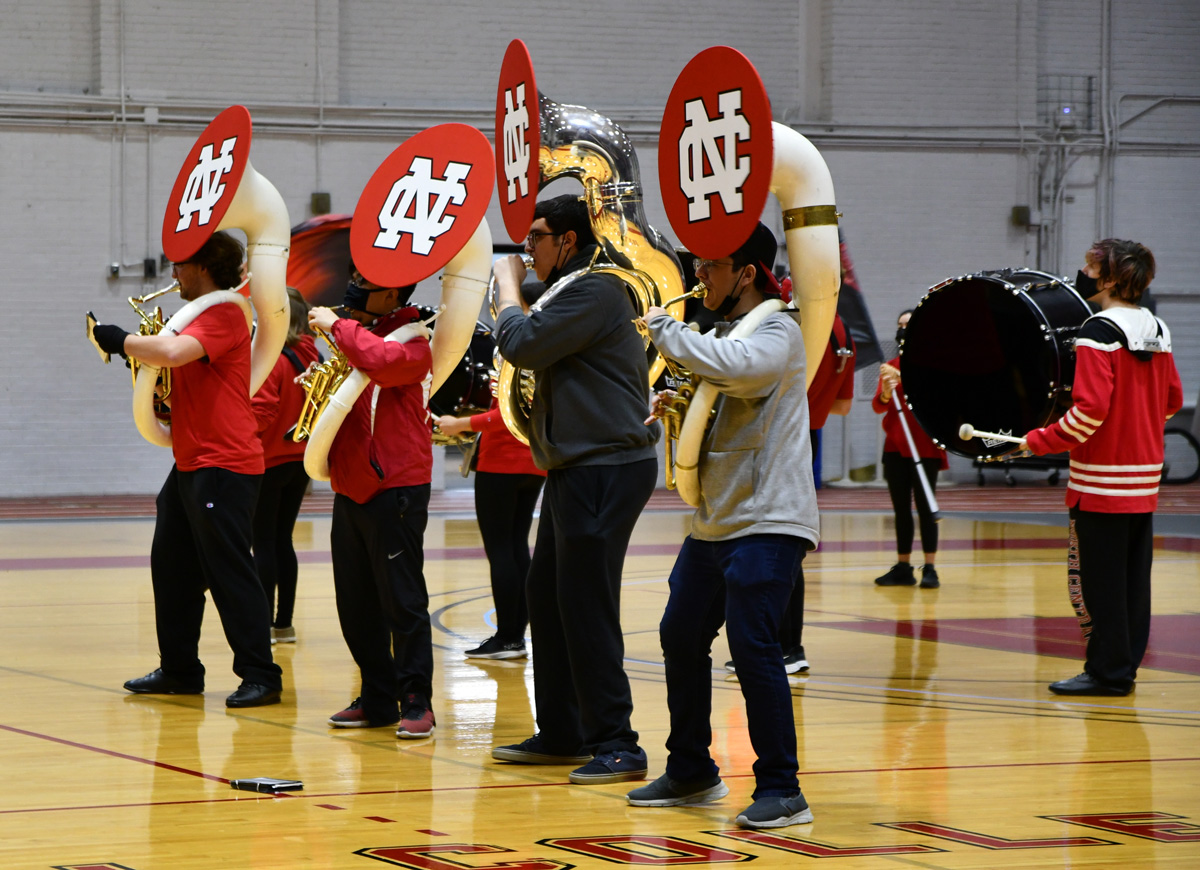 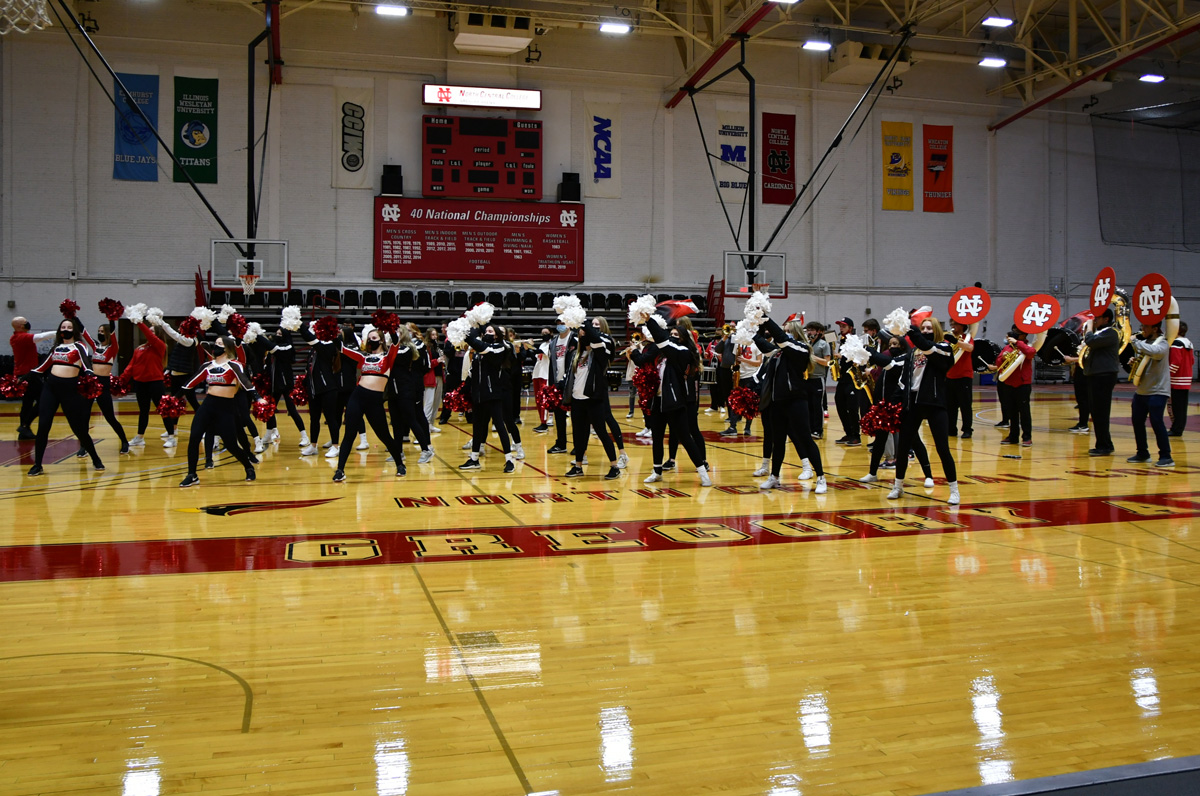 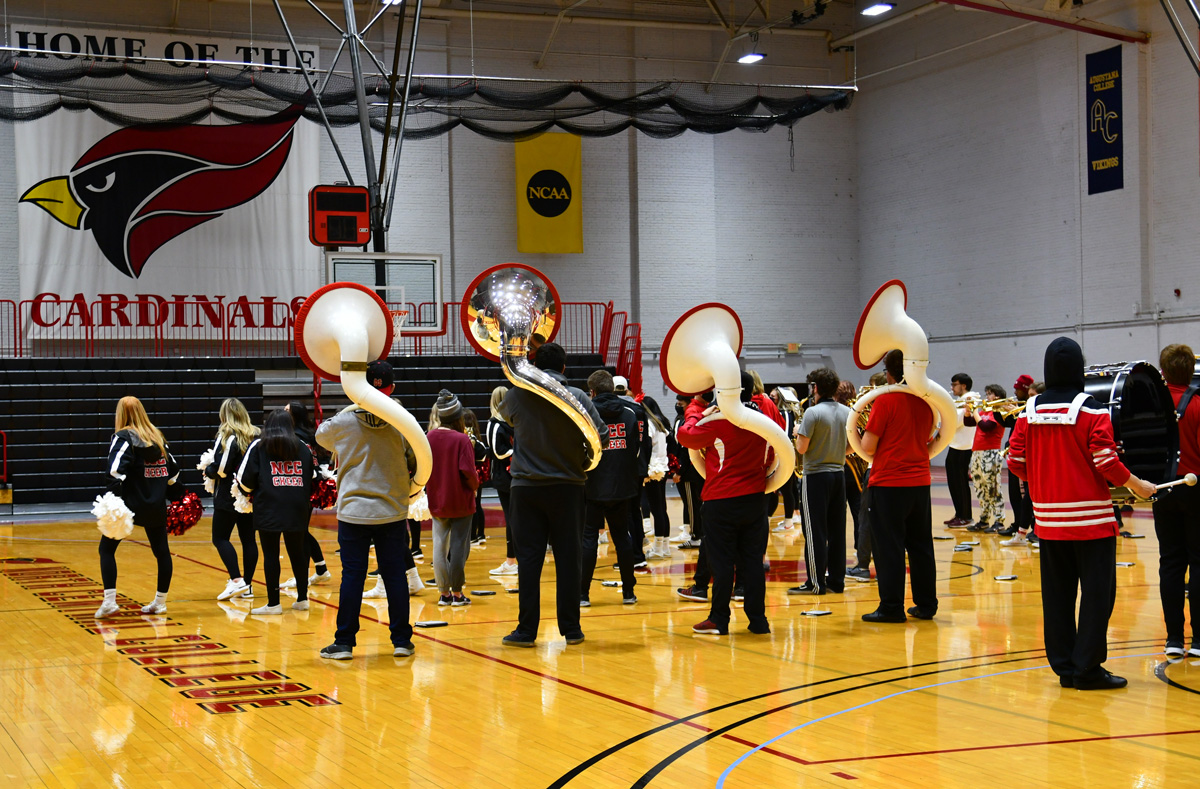 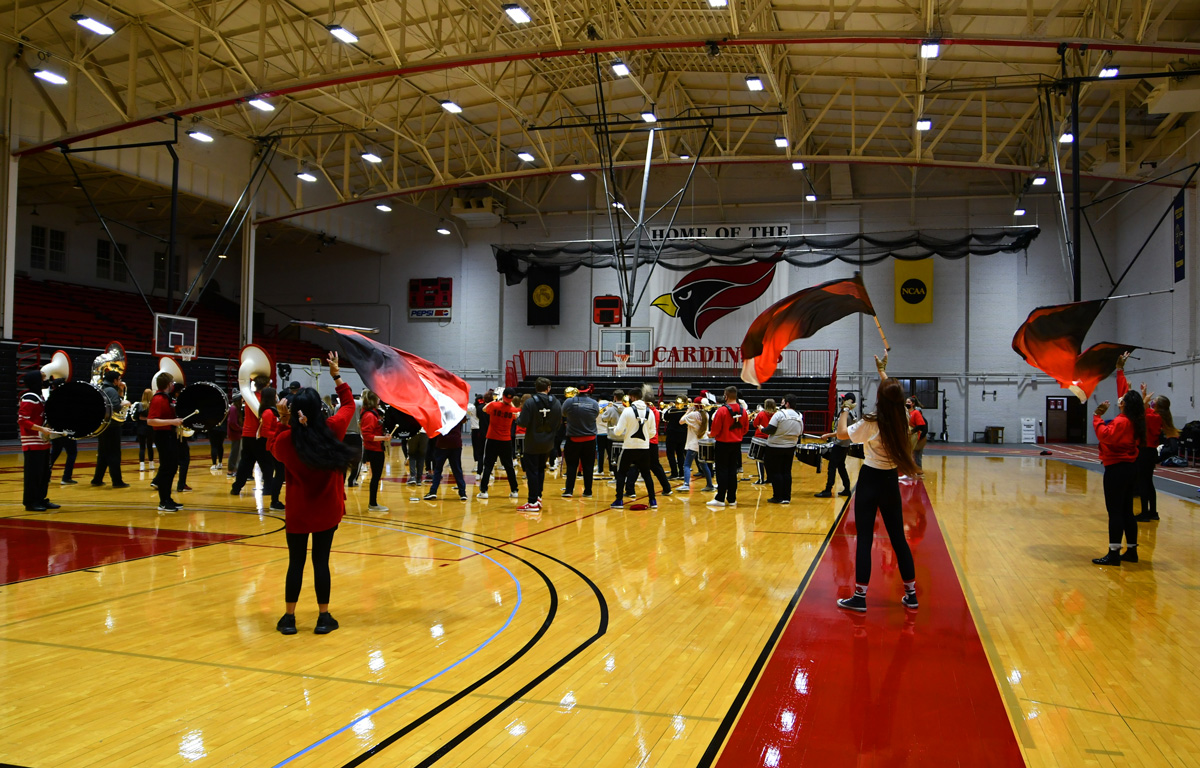 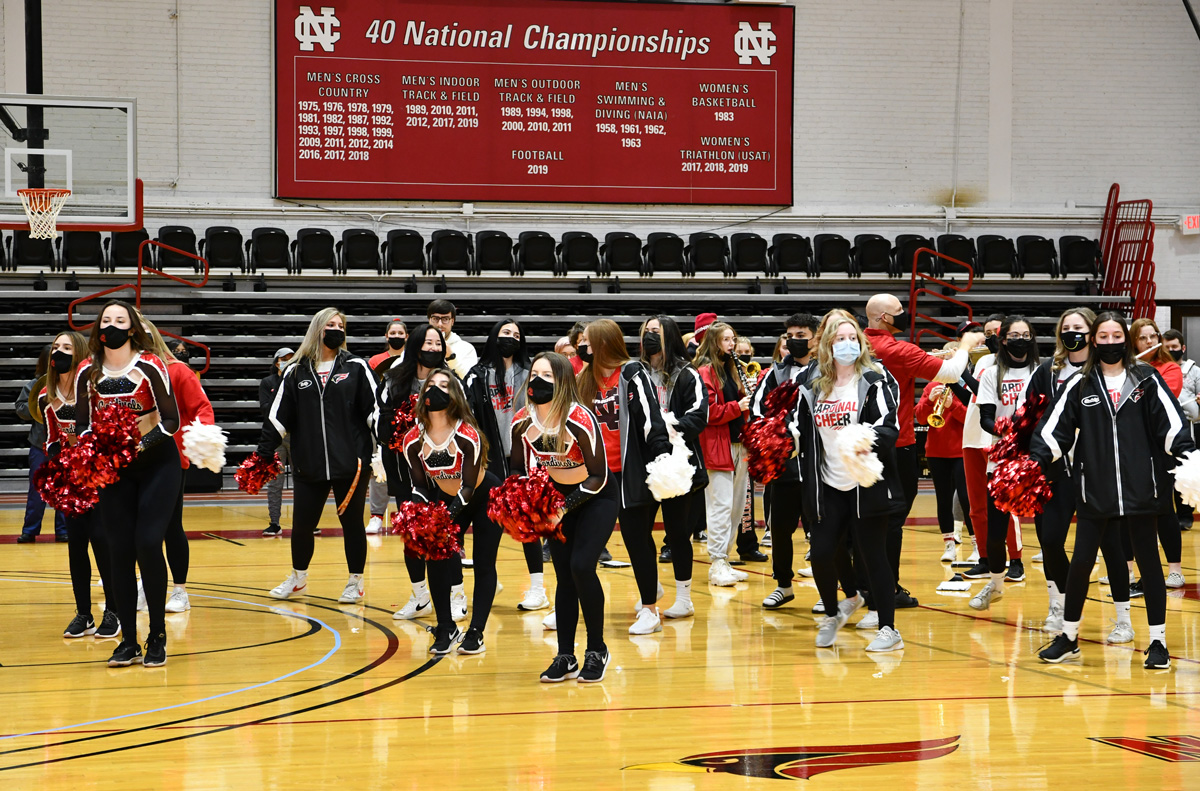 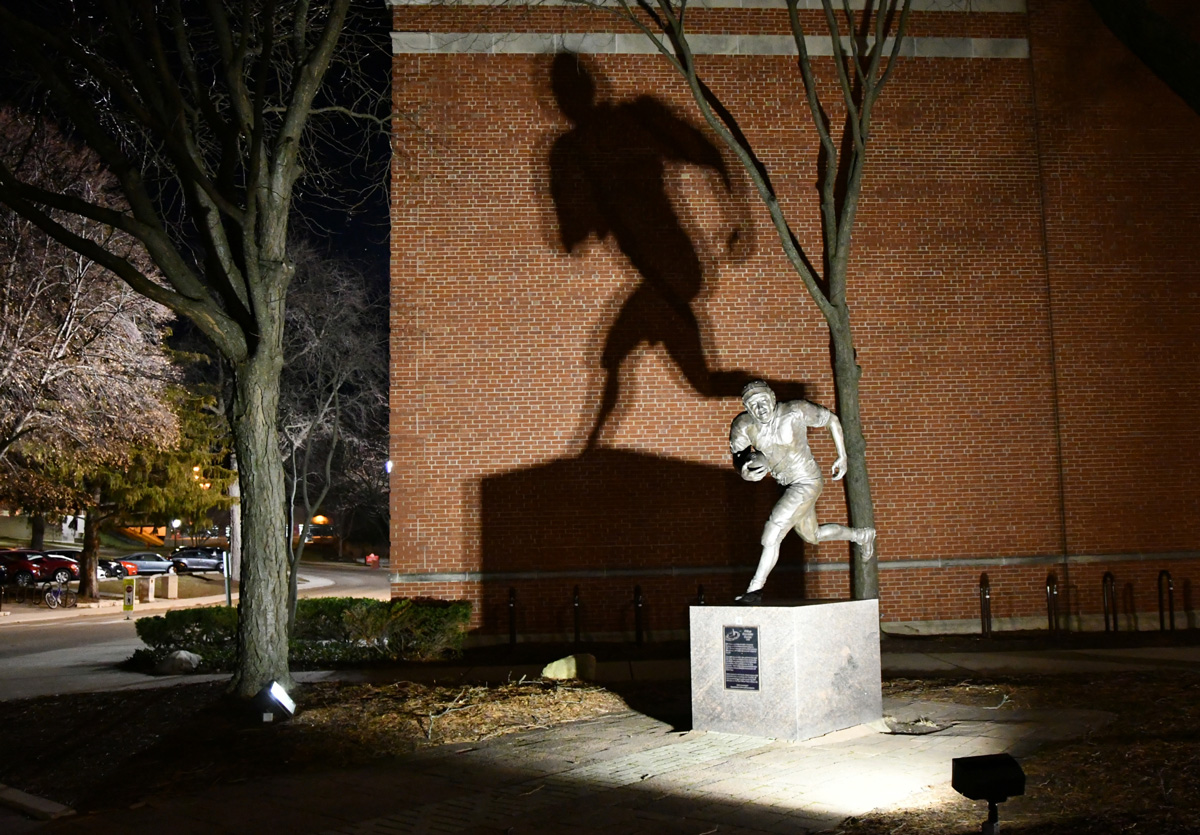 Fans and friends are encouraged to gather for watch parties at a table near a big-screen TV at a local sports bar, including downtown locations such as Empire Burgers & Brew, Hizemans, Features and Quigley’s Irish Pub (Please note no game audio will be available at Quigley’s due to previously booked band.).

The championship game will be broadcast live on ESPNU at 6PM Fri., Dec, 17.

Though our hearts were cheering for a different outcome, congratulations to UMHB and all the good sportsmanship observed watching the game until the end on ESPNU. What a great season for NCAA Division III Football! Thank you, North Central College Cardinals and Coach Thorne.

PN Editor
An editor is someone who prepares content for publishing. It entered English, the American Language, via French. Its modern sense for newspapers has been around since about 1800.