Michael S. Brophy, Ph.D., M.F.A., was officially recognized as the 11th president of Benedictine University during a ceremony on Friday commemorating his installation as the leader of the private Catholic institution.

The event was held at neighboring St. Procopius Abbey in keeping with the University’s Catholic heritage and in honor of its historical ties to the monks who founded Benedictine more than 129 years ago. The occasion drew approximately 500 attendees including monks, students, faculty, administrators, local community leaders, and representatives from Boston College, Fontbonne University, Notre Dame and other colleges and universities across the country.

At the ceremony, Brophy was presented with the University’s Medal of Office from James L. Melsa, Ph.D., chair of the Benedictine University Board of Trustees.

During his inaugural address, Brophy pledged to continue to build on the University’s strengths while forging ahead with a number of new initiatives to further Benedictine’s mission and scope as a premier Catholic institution of higher learning.

“I have been inspired by the work of so many during this year’s visioning process,” Brophy said. “I believe this work will inspire prospective students, faculty, trustees and staff. It will inspire alums, donors and community members, and it can provide the daily inspiration that all of my colleagues need as we strengthen our Benedictine University traditions in a manner that is grounded in the collective practical wisdom that has been cultivated by so many here today, and for so many that have moved on to spread the Benedictine way throughout the world.

“We are a united community of individuals that have been brought together by a 1,500-year tradition of faith and character formation,” he added. “We have seen and pointed to where we wish to be, and now we will release the many talents and resources of so many here today in sustaining the Benedictine way.”

Since coming to Benedictine, Brophy has presided over the dedication of the 125,000-square-foot Daniel L. Goodwin Hall of Business and has visited the University’s two branch campuses in Springfield and Mesa, Ariz., as well as its partnership programs in China and Vietnam. He also attended a week long conference of Catholic university presidents at the Vatican where Pope Francis spoke about the critical need for Catholic institutions to work toward correcting social injustice and encouraging future generations of students to serve the common good.

At the beginning of his first 100 days in office, Brophy sought out the creation of a strategic plan, BenU 2020, to serve as a roadmap for Benedictine’s continued success in a number of key areas over the next five years, including student enrollment, recruiting and retaining quality faculty, and providing technologically advanced academic resources and facilities. Along the way, he held several community forums and enlisted faculty and staff from across the University to aid in the plan’s development.

“I have come to better understand our strengths and unique capabilities, and I am firmly convinced in our ability to achieve even greater levels of excellence,” Brophy said. “We have many positive assets to build upon to help us achieve our institutional goals. Even more, our faculty and staff possess a substantial desire to clarify a new vision and to move from a good to great university.”

Brophy has served in a number of roles during his more than 30 years of experience in higher education. Prior to coming to Benedictine, he served as president of Marymount California University, a Catholic liberal arts college with 1,600 students in Southern California, from 2006-2015.

At Marymount, he helped turn the private, two-year college into a multisite university with undergraduate and graduate degree offerings, doubling enrollment since 2009 and spearheaded a facilities improvement project that updated aging facilities and built new living and learning environments and campuses in Southern and Northern California.

His previous academic appointments include campus executive officer and dean of the University of Wisconsin’s Baraboo campus where he led academic programming and facilities development that helped increase enrollment by 10 percent.

He began his career in higher education as an associate dean of admission at The College of St. Rose in Albany, N.Y., where he completed his undergraduate and graduate studies. He also worked in enrollment management at The Sage Colleges in Troy and Albany, N.Y., Stephens College in Columbia, Mo., and the State University of New York in Canton, N.Y.

When President Emeritus William J. Carroll, Ph.D., stepped down after serving as Benedictine’s top administrator from 1996-2015, Brophy was selected from an impressive field of candidates to lead the Catholic liberal arts school into the next era of growth in the midst of a changing and challenging higher educational landscape.

Brophy’s interests and achievements are varied. An accomplished ﬁlmmaker, Brophy wrote, directed and edited three ﬁlms that were screened at ﬁlm festivals, theaters, museums, universities and foundations throughout the United States, Cuba and Europe. His screenplays were selected to the Independent Feature Project Market in New York.

A talented pianist, he has also accompanied gospel choirs at the State University of New York and performed with students and faculty at recitals at Marymount California University, University of Wisconsin-Baraboo/Sauk County and The College of Saint Rose.

Brophy earned a Bachelor of Arts in Music (Piano) and a Master of Arts in English from The College of Saint Rose, a Master of Fine Arts in Writing from Long Island University, and a Ph.D. in Educational Leadership and Policy Analysis from the University of Wisconsin-Madison. A Fulbright recipient, he has taught and conducted research in Europe and Cuba.

Brophy and his wife, Tara, live in Naperville, Ill., with their three children, Ella, Myles and Sullivan. 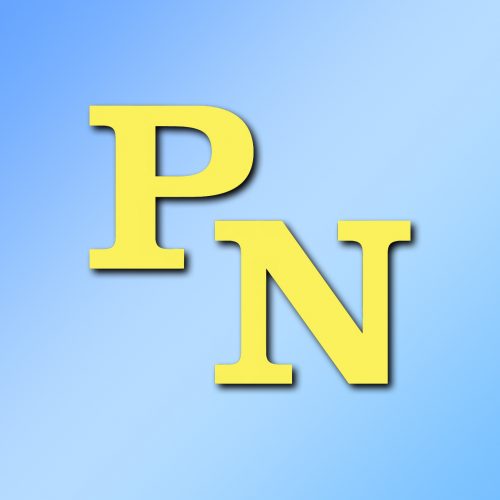