The Curious Curator – Why that Little House Matters

Teardown! Here is an example of a verb becoming a noun – a noun with negative connotations. The Oxford English Dictionary first recognized “teardown” in 1990 – while anon-line Dictionary reference source indicated the word has been in use since the mid-1920s.

The Chicago suburbs, Naperville in particular, are nationally recognized as teardown capitals. Old homes of all ages and sizes are being torn down and replaced with larger structures.

Understanding that Progress and Change are necessary to healthy community growth does not make the loss of an old building any less painful.

Take for example the loss of a small structure known as 233 West Street. This simple wood frame structure was built in a style known as “Hall & Parlor.” In essence, this style is a much improved, frame version of a simple log house. The framed structure was easy to build, better insulated against the elements, provided privacy, and improved lighting and ventilation. The two rooms on the first floor were divided between the bedroom (the parlor) and the large multipurpose room (the hall). A half-story loft could be accessed from the hall via stairs rather than a ladder. This style of home could be enlarged easily with a variety of additions like the popular Saltbox in New England.

The Hall & Parlor on West Street was originally built closer to Jefferson and had a kitchen addition to the east. It was built by Samuel Bond, a farrier and laborer. Soon after Bond returned from the Civil War, the hall & parlor was separated and moved to the south of the lot and a two-story addition was added to the kitchen which remained on Jefferson. This supposition was made after paint analysis from the woodwork indicated that the layers on the kitchen windows matched those of the woodwork in the smaller structure.

By researching Census records it was discovered that Samuel Bond and his wife, Almira Hyde had a daughter Eveline who after the death of her parents, was sent to the DuPage County Poor Farm.  She was enumerated as an “imbecile” which by 1900s definition meant she was unable to make decisions or care for herself. It is speculated that Samuel and Almira cared for their daughter in the small hall & parlor that was moved to the back of the lot.  This arrangement allowed the family to be as close together as possible while maintaining a normal home life for the rest of the family. 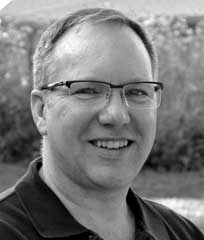