Raise Your Play I.Q. – The ‘Art’ of conversing with children

Many consider holding conversations to be a primary teaching technique of early childhood educators. Everyone, however, can practice techniques to carry on meaningful and facilitative conversations with young children that foster language development during play. Facilitating language and higher order thinking skills can be intentionally and explicitly implemented in an implicit way during play or anytime one might hold a conversation with children!

Research shows that teachers and caregivers tend to display “verbal domination” in their conversations with young ones. Many tend to limit conversation to giving direction and instructing on a concept. The discussion, then, is not a discussion at all—it tends to be linear (e.g., one-way questions, one-way response) rather than reciprocal (e.g., open-ended questions with two- or three-way responses between adult and child; Dickinson et al, 2004).

Caregivers and teachers can assess their verbal interactions with children by:

• Describing the child’s actions as they play—adjective awareness!

• Repeating what the child says and adding a little more information—build on the discussion the child initiates!

• Commenting on an object and describing its function, size, shape or other meaningful attribute.

Be sure to reflect not only on the quantity, but also on the quality of conversation!

Information in this article is adapted from Promoting Oral Language Development, Center for Literacy and Disability Studies, University of North Carolina at Chapel Hill. 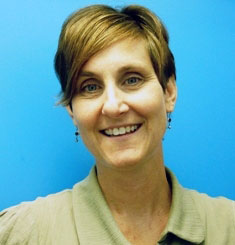 Mollie H.M. Willishttp://www.dupagechildrensmuseum.org
Raise Your Play IQ™ is written by Mollie H.M. Willis, M.S. Curriculum & Instruction, an early learning consultant to Dupage Children's Museum. Ms. Willis has more than ten years of experience in early learning including preschool administration and teaching. She can be reached through the museum at admin@dupagechildrensmuseum.org.