Women (And other things I do not understand.)

You would think by now I would have figured it out.

I have two Master’s Degrees and a Doctorate. My Mother was a woman. All the ladies I dated were women. The two ladies I married were women (Southern women, at that. Talk about dangerous ground? They are still fighting The Civil War.) My daughter is a woman. Her two children are women.

I still haven’t figured it out. Women just operate differently than guys.

If I had a choice between understanding quantum physics and women, I will take physics every time. It’s just easier.

I am amazed that the human race has existed for as long as it has because men and women marry each other for totally different reasons. (Being a guy, I can talk about our part with some certainty. I am guessing on the rest.)

When a guy marries a woman he wants to freeze her in time. She is beautiful, smart, sexy and fun. He wants to take a snapshot— and keep it forever.

A woman marries a guy and she sees him as a work in progress. He can always improve.

“He’s pretty good now, but with work he can get better.”

A guy will put a TV set in a certain spot and let it sit there for 37 years. Women keep moving stuff.

My wife, Martha, a former contestant for Miss North Carolina, moves stuff all the time. I think she wants the insurance money. When I get up in the middle the night to go to the bathroom I run into furniture that used to be someplace else.

Eventually, she will likely win.

Women use language in a different way. If a guy asks what’s wrong and the reply is “Nothing,” sound General Quarters, don your helmets, and prepare for collision. You are going to get hit like a heavyweight fighter with a toothache.

The only worse thing is “Sally says…”

A guy has no idea who Sally is, but you presume she is one of your wife’s friends. “Sally says” is a verdict that cannot be taken on appeal to the Supreme Court. It can be about the color of curtains or the car you drive. The subject does not matter, and the discussion (such as it is) is effectively over.

“Sally says” is more powerful than a Congressional resolution or an edict from the Vatican.

Other than that, we are all somewhat on the same page. 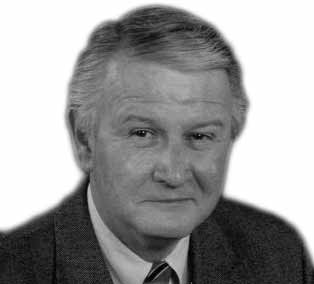