Naperville School District 203 has announced the Golden Apple Foundation, a leader in advancing the teaching profession in Illinois for 27 years, selected two teachers from District 203 to receive this prestigious honor this year.  Kathy Burns, second-grade teacher at Highlands, and Pam Kelly, first grade teacher from Naper, were surprised this week when representative of Golden Apple arrived at their classrooms to present the award.

Ten recipients of the Golden Apple Awards for Excellence in Teaching are chosen each year. The honorees, all Pre-Kindergarten – 3rd  grade–teachers, were selected from a pool of 560 nominees from throughout the Chicago metropolitan area.

Award recipient receives a tuition-free, six-month sabbatical to study at Northwestern University, as well as a $3,000 cash award. Perhaps most importantly, Golden Apple teachers become lifetime Fellows of the Golden Apple Academy of Educators, providing a stronger voice and a larger stage from which to make an impact, through ongoing professional development and engagement in education reform, such as the mentoring of future teachers through Golden Apple’s Scholars program.

Before the end of the school year, a production crew from WTTW will return to the District to record these two educators in their classrooms for a broadcast to be aired next fall along with the official presentation of the Golden Apple award. 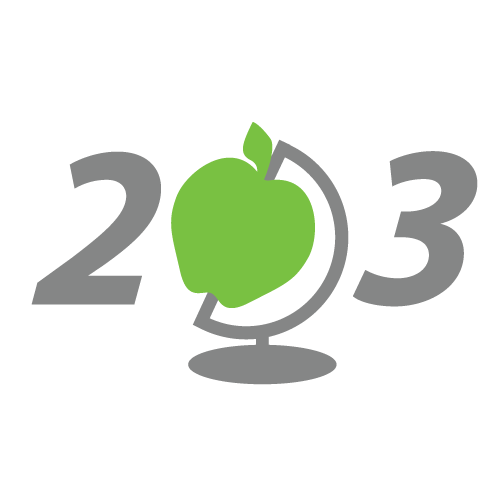