Actors and Their Day Jobs

By Lynn Hodak on the Theater Beat

It is rare for an actor to earn income to live off of without subsidizing it with multiple jobs. The majority of actors have second jobs to be able to pay the rent. A college professor told me that there is less than 1 percent of people who can make a living without a second job… Most people see acting as a hobby and perform because of the love of the stage and performing. I thought it would be interesting to find out what some of our talented actors do as their “day job” – and of course, I get to include my friend Stuart!!

Christina, Terry, Stuart and Jenni are some of the finest performers in the community. They are always performing and can be seen on the stages from Naperville to Chicago! They have managed their time and “day jobs” to be allowed to work and keep their theater passion alive.

Jennifer (Jenni) Grubb has performed throughout Chicagoland. While we have been lucky to see her on the stages of Light Opera Works, Drury Lane, First Folio, Circle Theater, Marriott Theatre, Bohemian Theatre Ensemble, Magical Starlight Theatre, Balliwick Theatre, and Porchlight at night, during the day she is busy working as a Research Technologist for the University of Chicago!

“If I wanted to sell my condo, live with 5 other people, and eat ramen and work for any show instead of performing in shows based on artistic quality, I could live as an actor.”

But, instead she does research in radiation and cellular oncology work with proteins involved in DNA Repair…whew! We are glad that her degree from Indiana University (shameless plug – IU grad promoting another) permits her to work (with the help of a supportive manager) and balance theater – and gave her the opportunity to earn a Joseph Jefferson Non-Equity Awards – Actress in a Principal Role – Musical or Revue (nomination): Oh Boy! — City Lit Theater Company.

While Jenni works on the research side of science, Christina Romana has found work in the administrative area of science and medicine. Christina has also performed in Chicago with the Balliwick Repertory and Greenhouse Theatre Center, as well as with The Summer Place Theatre and North Central College’s Summer Theater Program. She was also nominated for an Irene Ryan award for her performances as Alexandra in “O Pioneers,” while a student at North Central College. Christina is a precertification coordinator at Children’s Memorial Hospital. She works days and no weekends, which allows her to rehearse and perform in the evenings and the weekends!

My friend, Stuart Vance also works a day job – a 27-year veteran teacher – with two years of private Kindergarten, 13 years in 1st grade, four years looping 1st to 2nd and back , six years at 2nd grade and the rest in Kindergarten again. He has worked with Naperville District 204 since 1988 – one year at Clow and the rest at Springbrook. And, he has earned one of the highest accolades awarded a teacher: he was nominated for the Golden Apple Award in 2000 and 2003 and was a finalist in 2003. Stuart has been seen in productions by The Summer Place Theatre, Magical Starlight Theatre, Wheaton Drama, Village Theatre Guild, and many more. Stuart makes an effort to do shows that are “family friendly.”

“Performing forces me to be more organized in my job. I need to be able to leave work at a decent time and complete all the components of my job and still have about 10 hours a week to give to a show. I love doing the shows that “my kids” can come see. It is an amazing thing to look out in an audience and see the shining smile of a child that you are entertaining and touching their lives,” says Vance. “Children learn in so many ways and this just adds another dimension to that learning. I’m lucky to have a job that I truly love and a past time that I find so fulfilling.”

Terry Foster-Hulbert has worked in most of our local theater companies: Village Theater Guild, Epic Theater, Magical Starlight Theatre, The Summer Place Theatre, Tempo Players, Rye Playland, and Pheasant Run. While he keeps his feet steadily grounded when performing, he has been a flight attendant and a purser with Northwest Airlines, American Trans Air (ATA) and is in his 14th year of working with American Airlines.

“I started in 1977 and continue to perform because it is my passion. I started out wanting to make a living as a performer and tried, but always swore that I would quit if it ever got to be work. It got to be work and I lost my passion.” Lucky for us, Terry continues to delight us with his amazing skills in community theatre. “I continue to perform in community theater because everyone is there for the purpose of giving everyone the best they have. I am always honored when audience members are so moved by a performance and they let me know how much they enjoyed the show. I work with some very dedicated and hared working people and I continue to learn from every experience I have.”

Although these remarkable performers have the talent and skill to be full-time actors –they have achieved a balance to fulfill their passion as actors with matching passion in their careers. It can be done! 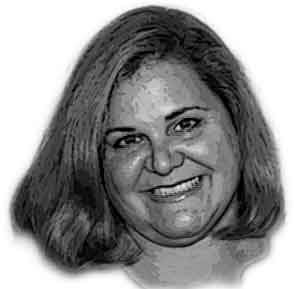 Lynn Hodak on the Theater Beathttp://www.facebook.com/pages/Theater-Beat/127155744003639
Lynn Hodak spends the majority of her free time at theater events in the community and is an avid supporter of the arts in Naperville and beyond. A resident of Naperville Unit School District 203 who lives in Lisle, Lynn runs her own staffing business. She majored in journalism at Indiana University—oh, so many years ago…For posting consideration on Theater Beat, send information about the arts to Lynn Hodak via lynnvhodak@gmail.com.